What is Database Server

Definition – Database server refers to combination of hardware and software where they are used to run the database, as per the context. As software, a database server works as back end portion for database applications that is following old client server model. This back-end portion is known as “Instance”. 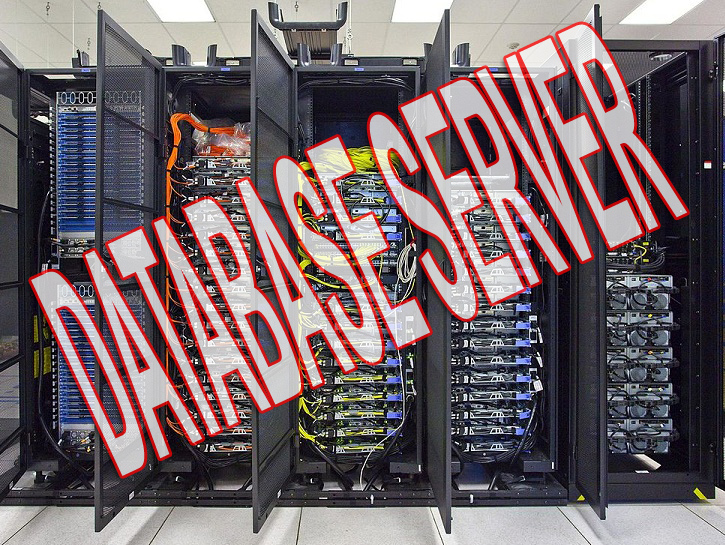 Database server likes as dedicated server that helps to offer database services, and this type of server run database management software. Database server works similar to client-server network model because it delivers all information which is sought by client systems.

There are different types of database server, and they are also known as “Database Management System” or “Database Server Software”. Below explain each one:

It is developed by SAP SE, and it has ability to manage SAP and non SAP data. It can support OLTP, OLAP, and SQL. It can interface with large number of other types of applications.

This is designed by IBM,m and it has NoSQL abilities. It is capable to read JSON and XML types of files. Primary objective of designing of this database system, to be used on IBM’s iSeries server, as well as it can also support to Linux, UNIX, and Windows platforms.

This is best database management software tool because it helps to perform of SQL query performance in analysis, tuning, and monitoring. It can also support to cross platform like as UNIX, Linux, and Windows.

Oracle is most popular database that is used as object relational database management software, and it has latest version is 12c (12 Cloud Computing). It can also support to many Windows, Linux and UNIX versions.

IBM DB2 introduced in 1983 by IBM, and C, C++, and Assembly languages are used for designing it. Its installation and set up task is very easy, and data can be also accessed very easy. So it helps to save enlarge amount of data approximate up to peta bytes.

Altibase is an hybrid DBMS, relational open source database and higher performance, so it is used mostly in the high grade enterprise organizations. Till now, Altibase database has been covered approximate 700 enterprise clients along with 8 Fortune Global 500 organizations in several sectors. It offers data processing with highly intensity from memory database region, and it also contains enlarge storage capacity in disk database region.

This server was introduced in 1989, and its latest update was released in 2016. Several languages are used for writing it like as Assembly, C, Linux, C++. It can support of Linux and Windows operating systems. It allows various users to use same database at once.

ASE stands for “Adaptive Server Enterprise”, and it has latest update version is 15.7. It has ability to perform millions of transactions in second, and with using of cloud computing all mobile devices can be synchronized along with this database.

Teradata database was developed in 1979, and it supports Windows and Linux operating systems. Data expose and impose can be done very easy as well as multiple processing also can be done at once. It is comfortable for enlarge database.

ADABAS stands for “Adaptable Database System”, and it has higher data processing speed, result of all transaction is more reliable.

MySQL is getting more popularity for different web based applications. It is available in freeware and paid version.

It can be run on Linux and Windows operating system.

FileMaker database server can work on several types of operating systems like as Windows, Linux, Unix, Mac etc. It has latest update version is 15.0.3. This database server is capable to make connection along with different platforms such as connections with SQL. Due to cloud system, its information can be shared easily.

It depends only Microsoft Windows, and it has latest updated version is 16.0.4229.1024. This database management system is cost effective, so it is used for E-Commerce websites.

This database management system is introduced by IBM, and it is written by C, C++, and Assembly languages. It has latest updated version is 12.10.xC7.

Its hardware does not need more space and maintenance time, as well as containing data every time.

SQLite is open source database management tool, and it is written by C language. This database system is implemented for mobile devices. It can support to Mac, Windows, and Linux operating system.

It is comfortable for storing small to medium size data of websites, and it needs only less space.

This is advance object relational database management system, and it is also available as open-source tool. It works on Windows and Linux operating system. It has current updated version is 9.6.2.

It is also known as “Amazon Relational Database Service”. It is more protective database system, and its configuration setup and using is very easy task. It contains backing up and recovery of data feature inbuilt.

This database system is available in free and commercial version. It is developed for those applications, which use both structured and unstructured data. This engine can support both JSON and NoSQL documents. It has latest updated version MongoDB 3.2.

Redis database system is an open source tool with BDS licensed. Its latest updated release is 3.2.8. It can support to Linux and Windows operating system. This is written by ANSI C language.

It supports hashes and strings data types, and its database speed and queries performance is great.

CouchDB is availabe in both version free and paid, and it is coded in Erlang language. Its latest updated version is 2.0.0. It can also support both Linux and Windows operating system.

It is secure system network, and efficient error handling.

Neo4j contains enlarge capacity server, and it stores all data in the graphical form. So it is known as “Graph Database Management System”. Its latest updated release is 3.1.0, and it is written by Java language. This database system can run on Linux, UNIX, and Windows operating system.

It is also known as “Graph Database Management System” because it stores all data in graphical form. Its current stable release id 2.2.17, and it is written by Java language.

It is used mostly real-time web base applications over big data market. It can support to Linux and Windows operating system.

Couchbase is an open source database management system, and it is coded with C++, C, Erland languages. Its current updated stable release is 4.5. It supports to Linux and Windows platforms.

It is easy to set up and use, and it helps to produce result with highly efficient as well as its enlarge amount of data can be exported in several formats, does not need more time for its maintenance.

Its data can be exported in different file formats like as CSV, SQL, and XML. It has also ability to import data into both file formats (CSV and SQL).

It is also open-source database server. It has ability to execute all queries into different formats like as HTML, PDF, XML, and Excel. It has latest updated version 4.1.5.21.78. This system is written by Java language. It can run on both platforms like as Linux and Windows.

This database system is used for Mac database. It is easy to operate and works along with MySQL database. Easy to connectivity and more flexible. Installation is easy and quick.

This database server is also free and open-source and it can support to both platforms Linux and Windows. It can bear enlarge quantity of load as well as getting great error handling system.

It has user friendly interface, and easy to set up as well as installation. It also offers better facility for exporting data in CSV format. User has option to scroll down to view the result, if any time it produces enlarges number of rows for retrieving.

This database system offers to enlarge data storage and uses several machines for storing data. Easy to access of data, and due to data redundancy, it prevents data loss.

Parallel processing of data and data authentication is also available.

It has higher speed of data processing so mostly large enterprises use this database system. It offers high level security and better efficiency for enlarge amount of data.

This database management system is also available in both versions free and paid. The database engine allows you to choose from a variety of storage engines, and it makes great use of resources via an optimizer that increases query performance and processing. It can run on Windows, Linux, UNIX, and Mac operating system.

4D stands for “4th Dimension”, and it also supports Mac and Windows platform. It has ability for importing and exporting data and it also offers drag and drop facility.

Function and Working of Database Server 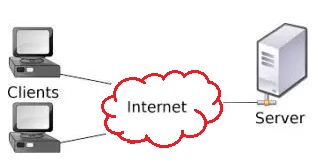