What is Hybrid Topology in Network? Definition, Advantages, Disadvantages

What is Hybrid Topology?

Definition – Hybrid topology is very different type of topology in the Computer Network architecture, because it is an interconnection between the multiple other basic topologies such as bus topology, star topology, ring topology, mesh topology (full-mesh topology or partial-mesh topology) etc. 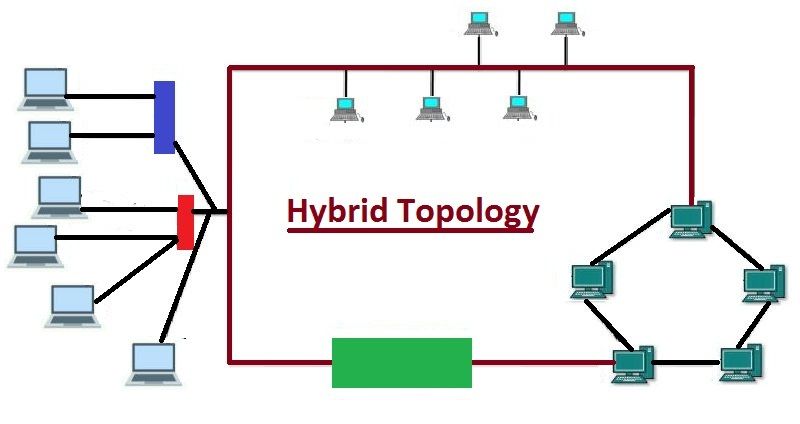 All basic computer network topologies are linked to each other with network Backbone, so it grabs all functionalities of all network topologies. Hybrid topology offers best flexibility such as anytime you can add new basic topology or remove as per your requirement and enhanced fault tolerance.

There are some benefits of hybrid topology, such as  –

Here, some limitation of hybrid topology such as –

Complexity of Layout – It’s not easy task to design this architecture for qualified network technician. To get Configuration and installation for hybrid topology required to be much efficient.

Expensive hubs – several hubs are needed to link to different computer networks, so they are more costly. These hubs are not ordinary hubs, so they are special functionality hubs to perform all activates with intelligence for distinct architectures network.

There are four types of hybrid Topologies, such as –

Partial mesh hybrid topology –   In this topology, fewer devices are linked to multiple devices together, but other devices are attached only to single or two devices.

Application and Uses of Hybrid Topology

Tremendous applications are used in the Computer Network, such as –