What is Server: Definition, Types, Examples, Functions, and Uses

What is Server in Networking

Definition – Server means highly performing computer machine that helps to deliver many resources, data, or services to another remotely machine, called as the “Client” over the different types of network like as local area network (LAN) or a wide area network (WAN). 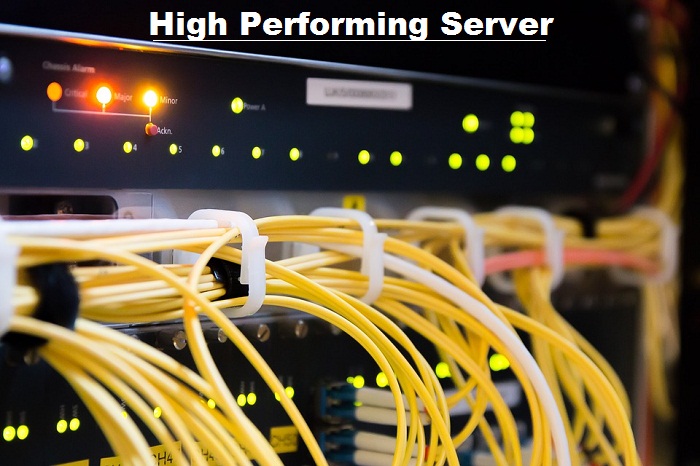 Servers are capable to run on several types of computer systems, but sufficient hardware should be supported as per demanding of your servers. For example, web servers help to run large amount of web pages in the real time, but this server needs fastest processor and sufficient RAM to manage massive “Load” without getting slow down.

Server software is designed for target specific kind of server, in which hardware is not major concern. You can convert your PC into a server with using of suitable software. For example, if you allow PC to make connection over the home network then it is designated as print server, file server or more.

Server needs minimum necessary two software components like as operating system and Application.  Operating system plays role as a platform that helps to run different server applications. It delivers access to their hardware resources and produces many dependency services which are depended on the application.

There are three different types of server with their examples. Explain each one: 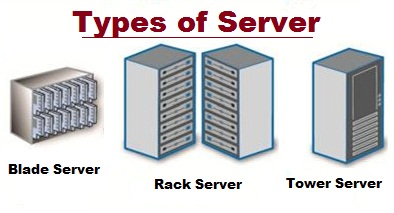 Tower Servers: This server like as normal desktop computer system, but it contains several server hardware components. Today, tower servers are available in various kinds of shapes that is offering plenty of processing power, and you do not need buy any other additional mounting hardware.

Rack Servers: This server is placed in the horizontal rack. Multiple servers can be installed in this single rack mount server chassis. Main objective of developing it is to host and control enterprise solutions, and these types of server are used in data centers.

Blade Servers: Traditional computer servers hardware is enlarge as well as using heavy other parts of server. But now these days, by removing hard disk, internal cooling, and ongoing miniaturization of computing parts, so these types of servers are converted into single slim server called as a “Blade Servers”.

Other Types and Examples of Servers

Here, we spread light on the different types of examples of server, below explain each one:

Application Servers: Mainly, application servers are used to make connection in between database server and client machine, so it is also known as “Middleware“.

Web Servers: It delivers static content to web browsers by loading a file from a disc. When users try to open any website on their browsers over the network then all data is exchanged in between browser and server with using of HTTP.

Client Servers: Client server like as special software that helps to fulfills all requests which are coming from client machine or another machine.

Dedicated Servers:  This type of server is designed to meet requirement for specific network otherwise client. For example: User pay rent for server and internet connections for running websites on the webhost. Now this server will not perform other task instead of that.

FTP Servers: It stands for “File Transfer Protocol”, but it is traditional technology. FTP delivers secure file transfer in between multiple computer systems.

File Servers: These servers allow saving and distributing files, so all clients and users have permission to share file hold on the server. File server hardware are designed for getting more maximize read and write speed for growing its performance.

Print Servers: Print server helps to control several Printers along with various software applications, networking devices otherwise other computers. Mainly, this server is used for large offices because where multiple guys are required to printing. Printer server gets print jobs instructions from your PCs and transfers these jobs to right printers.

DNS Servers: It stands for “Domain Name Server”, and this server has enlarged database of IP addresses with their linked Hostnames. On the DNS servers, to operate special software program as well as they make to communication with each other with the help of appropriate protocols.

Database Servers: Database server allows clients send SQL requests as messages toward server and finally output of your query are come back over the network.

Mail Servers: It helps to send and stores all emails over corporate networks via LANs, WANs and across the Internet.

Online Gaming Servers: Today, gaming servers are getting more popularity because these servers help to establish connections of thousand of gamers around of world with using of external server for getting to access all gaming data. For example – Xbox live

Fax Servers: Large companies use this FAX Server because it helps to reduce all inbound and outbound telephone resources as FAX server is an ideal solution.

Groupware Servers: Groupware is special type of software program that is developed for those people who want to work with each other in a virtual environment without their place limitations.

IRC Servers: IRC stands for “Internet Relay Chat”, and it contains several independent networks of servers which are permitted users to make connection with each other through IRC network.

News Servers: News server helps to serve as a distribution and delivery source for several public newsgroups, approachable over the USENET news network.

Open Source Servers: From your underlying open source server operating system to the server software that help you get your job done, open source software is a critical part of many IT infrastructures.

Proxy Servers: It plays role as middle layer in between client machine and external server to purify all requests, and it helps to improve its performance and share connections.

Cloud Servers: This server works as virtual server that is placed in the cloud computing platform like as Amazon Elastic Compute Cloud. These types of servers are more scalable, fastest, and highly protective.

NTP Servers: NTP stands for “Network Time Protocol”. All networking devices must be accurate synchronized. It manages all timekeeping regulations, and so this server has accurate GPS and atomic clocks.

Iterative Servers: This server has ability to manage one request at once. It receives one incoming connection, and executes it then finally disconnects this connection. When it process one request then other connections are blocked for that particular port.

Root Servers: Root server is also known as “Root Name Server”, and it is designed for DNS root zone. This server is capable to respond directly to requests to get access all records which are hold in the root zone.

Mainframe: Mainframe computer is capable to manage all computing tasks, so you can say that that is also original server.

Monitoring Servers: monitoring server helps to keep track of all information of traffic that are following over the network, and it also keeps record of  all request and replies of all clients and servers, without getting any disturbance those functions.

Telnet Servers: It allows to all users to log on to host machine and perform their tasks while working on remotely computer terminal.

Virtual Servers: These servers are taking server world by storm. Old types of servers are used in the operating system, but virtual server is used on the specialized software that is known as “Hypervisor”. Each hypervisor is capable to run thousand of virtual server at a time.

Exchange Servers: This type of server is used for large scale organizations because it is more reliable and secure. Main objective of this server is to Microsoft Exchange provides email, calendar and contacts on your computer system, phone and web browser.

SharePoint Servers: SharePoint server is enabled with all functionality of SharePoint Foundation and as well as other features and abilities like as Enterprise Content Management, business intelligence, enterprise search, personal sites, and Newsfeed.

SQL Servers: SQL server is an Relational Database Management System (RDBMS) that is designed by Microsoft for providing enterprise environment.

Windows Servers: Windows server has many versions like as Windows 8, Windows Server 2012 which are offering thousand of new capabilities such as virtualization, networking, storage, user experience, cloud computing, automation, and more.

Functions and Uses of Server

Main function of server is to access, hold and transfer all files and data from other computer machine over the computer network. Local network is used for making connection with multiple computers, in small scale organizations.

Another function: All devices of server are configured for getting listen to all requests from client machines over the network connections. This functionality is presented like as part of operating system that is run on all applications.

Server is also capable to perform other tasks like as one request and response that is enabling with identifying identify of all requestors; client machine must be granted permission to access all data and other resources.

For example: Apache web server responds to browser requests over the internet through other additional applications, and Apache is installed on top layer of operating system.