Elden ring is one of the most popular games among players. One of the reasons for its popularity is the complexity of the gameplay and storyline, testing the skills of the players. One other reason for its popularity is the exploration of different parts of “The Land Between”. In this blog will be talking about an issue that players are facing with the curse mark of death. Players have complained that during their gameplay of Elden Ring Curse mark of Death disappeared.

To quote Zack from themodhero, Curse Mark of Death is an item you get during your journey of Elden Ring. Key items in Elden Ring are specific items that help players complete a quest, access new game areas, or unlock new gameplay features. Players have been facing the issue of having their curse mark of death disappear, preventing them from continuing the quest. Hang on and read till the end to learn about the curse mark of the death. 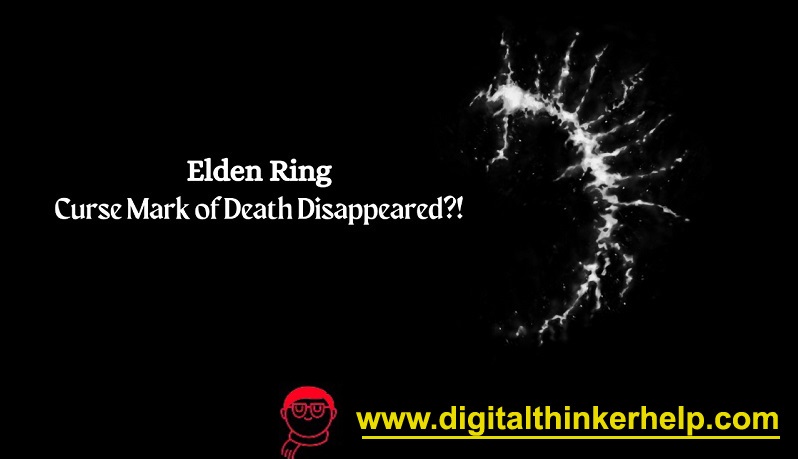 Why Did Elden Ring Curse Mark of Death Disappeared?

Losing the curse mark of death will hinder you from completing the “Fia’s Quest” making you quit the quest in the middle, and that can be frustrating. After all, putting so many hours into reaching this point only to lose the key item needed to complete all the quests.
If you are one of the players who lost their curse mark of death, then it could be because of one of two reasons. But before jumping to the reasons, check your character’s body thoroughly. Maybe you put the curse mark on one part of the body and try to find it on the other part. So before reading further, check your character carefully.

The two reasons can be:

Yes, it was that simple. Most of the players have been panicking about losing their curse mark and not being able to continue the quest. If you are in the same boat of losing the curse mark, follow the guidelines in the second point. The chances of this being caused by a bug are doubtful.

Let’s go through some other aspects of the curse mark of death.

Where to find the curse mark of death?

The curse mark of death is located near a corpse at the Divine Tower of Liurina. To reach to the location, follow these steps:

Where to go after Cursemark of Death?

In order to complete and finish Fia’s questline and to access the alternative ending, “The Age of Duskborn ”, you need the curse mark of death. Though it is not crucial to obtain, failing to obtain it, you’ll lose the chance to get to the secret ending in the Elden Ring.

After obtaining the curse mark you must continue to complete Fia’s quest line in order to reach the highest point in Deeproot Depths. She can be found up in the branches of the tree next to Godwyn’s body after she has finished off Fia’s Champions. That is when she asks you to obtain curse mark of death for her.

At this moment if you hand over the curse mark to her, she’ll bless you with Radian Baldachin’s Light. But if you choose to run away from the conversation, you’ll find her asleep at the next reload. You’ll gain access to Deathbed Dream after examining her body, leading you to face up against Lichdragon Fortissax.

Once you defeat Lichdragon Fortissax, you will be rewarded with the “Meding Rune of Death-Prince”. With this you’ll wrap up Fia’s questline.

Where did Fia disappear to?

Fia can be found at the Round table, but she leaves the room abruptly and without information. You will find Fia at the highest point in Deeproot Depths.

Elden Ring really is a complex game, and it tests the level of skills a player has. Nonetheless, the game is really popular, and the multiple endings make it more interesting.

We talked about one of the key items, Cursemark of Death, which is crucial for you to get access to the secret ending. You also discovered the reason for your curse mark to disappear and how you can get it back. If you have now successfully gotten the curse mark back, then make sure to finish Fia’s questline.