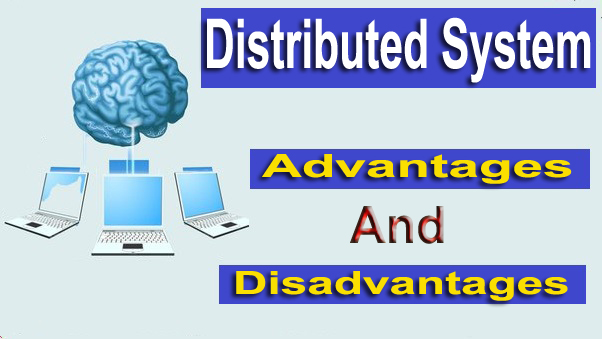 Here, we will guide you several benefits and pros of distributed systems; below shown each one in detail:

Also Read: What is Distributed System? Architecture Types and its Components!!

The distributed system allows to increase the overall service performance compare to systems whose function is put the centralized at the one location. It also allows to spread the computational load over the other different kinds of node, then every location is getting lesser stress that means it lets to each node to perform much more smoothly, then it enhances the performance the overall services.

There also provides the provision at the environments, whereas each user is able to get access all data from at one site instead of other sides.

Cause of data sharing that means all data is distributed at each site is capable to retain a degree of handle over data, which are kept store locally site.

If sometimes one site gets the fail in distributed system, then other sites are able to work properly. So, one site failure doesn’t mandatory imply the totally halt of system. A distributed system provides the responsibility to global database administrator for entire system.

The distributed system is designed to be efficient for each aspect since they possess several computers; then every computer of them is able to work individually to sort out the problems. So, it also significantly keeps save time of all users.

A distributed system is constructed as default to be scalable. If there is an increase in the workload then user can easily append extra workstations without needing to upgrade a single system. There are no nay limitations to place on the number of nodes that means these nodes will be capable to manage higher demand workload with ease.

A distribute system is also more reliable to single system in order of any failure. Whenever, any single node gets malfunctions then it doesn’t need to pose to the remaining servers. Other nodes are able to perform all functions properly.

If sometimes any one server or data centre gets halt then other machines still provides all services to users.

The distributed system provides the result on less latency. Whenever, anyone machine is located near to user then distributed system will make ensure that the system obtains traffic from that node. Therefore, the uses gets notice that it takes lesser time to server them.

The distributed system doesn’t totally depend upon one single node. Therefore, if anyone node gets malfunctions then other nodes will continue to function accurately.

Now these days, time is a most important thing for business personally and user alike. A distributed system offers a less latency rate. For instance, if anyone user who want to use the internet and load website, then system gets make ensure that the node situated near to the user is used to execute the all loading task in the respect of saving your precious time.

In this section, we will cover various limitations and drawbacks of distributed systems; below mentioned all:

Also Read: Different Types of Distributed System and Its Examples!!

Mostly, the security issues happen in many software and hardware device. The all data is kept store in different kinds of workstations, then user requires to make ensure that their data is protected at every these computer system. In the distributed system, it is going to little bit difficult task to handle data to get access.

A distributed system is able to get synchronize in the order of changes to data and states of all application is the more challenging tasks; whenever these node are going to start, stop or fail.

Sometimes, in the distributed system might not be delivered to the accurate nodes then it lead to a breakdown in the communication and functionality.

The overloading is a most common issue that is faced by the distributed system. It is occurred, when all the workstations try to work at a time. There are logging, monitoring, load balancing functions, and most intelligence requires to be appended for visibility into the operation and failures of a distributed system.

A distributed system is getting to prone to the network errors that lead to a communication breakdown. The information gets to fail to be delivered or not properly sequence. Therefore, the troubleshooting errors are a daunting task since the data is distributed across several nodes.

Sometimes, the data is sent from one machine to another machine can be damaged middle path, while travelling from source point to destination point. Due to this problem, few messages being damaged that is detrimental to a organization.

A distributed system’s software and hardware are quite complex. So, it is most difficult to maintain and operate the hardware elements for the organizations. The software complexity makes it mandatory for organization to pay special attention to the software elements.

Whenever the all nodes of distributed system try to send data at one specific time frame then overloading issue can happen in this system.

What is the advantage of distributed system over centralized system?

A distributed system has a main advantage over the centralized systems in order of network speed. The information is not kept store at the central location.

What are the advantages of distributed systems over independent pcs mcq?

What are the characteristics of distributed system?

There are the five key characteristics of distributed system like as: resource sharing, scalability, openness, fault tolerance and concurrency.

What are the main features of distributed systems?

There are many features of distributed system such as Resource Sharing, Flexibility, Transparency, Heterogeneity, Openness, Scalability, Fault Tolerance, and etc.

Now, make sure that you have fully educated about various advantages and disadvantages of distributed system; as well as features and characteristics of distributed system with ease. If this article is valuable for you, then please share it along with your friends, family members or relatives over social media platforms like as Facebook, Instagram, Linked In, Twitter, and more.