What is Distributed System? Architecture Types and its Components!!

What is Distributed System? 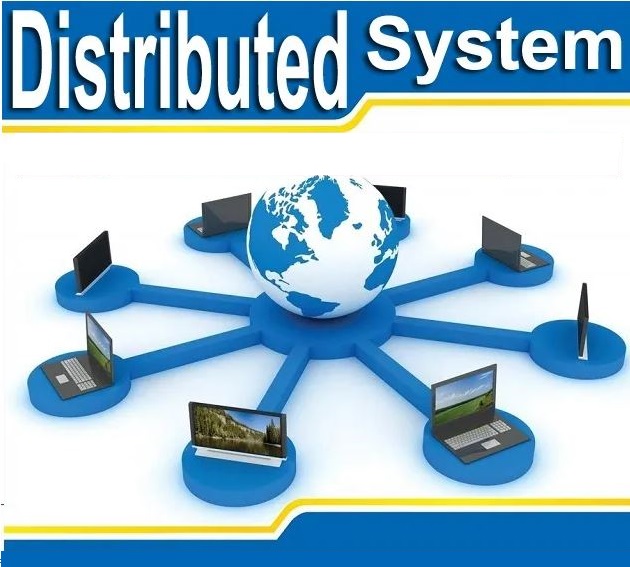 Also Read: Different Types of Distributed System and Its Examples!!

Components: A modular unit being with the well-defined interface, replaceable, and reusable

Connector: A communication linkage in between the modules that mediates coordination otherwise cooperation among of those components.

Software architecture is a logically organization of software components and lower level to system architecture; and then focuses on entire components. It has main four architectural styles in distributed systems; below mentioned each one:

Layer architecture allows to organize the different kinds of components, and every layer make the communication in between its adjacent layers by pushing the requests and obtaining the all response. This layered architecture style also separates components into various units then it will be make the sufficient path for communication. Therefore anyone layer is unable to direct makes communication along with other layers. Then a layer is able to interact with its neighbouring layers and then further layer for transferring own information to another layer and this process will be continue. 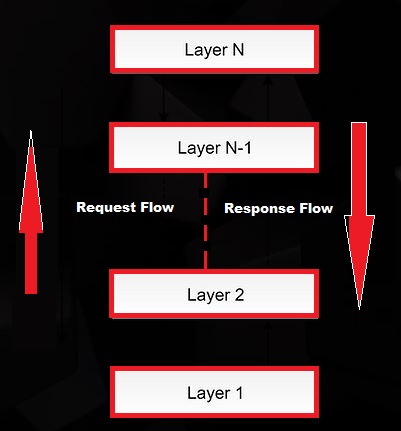 In some scenario, the layered architecture is in cross-layer coordination; and then in this layer, all adjacent layers are able to skip until it complete the request and offer the better performance output. The request flow path from upper to bottom and response flow towards from bottom to upwards. The main benefit of layered architecture is that every layer easily modified individually without getting any affect the entire system. This architecture style is usually used for OSI (Open System Interconnection) model.

In this object-oriented architecture, all components are acted as objects that transmit the information to each other. This architecture style has an arrangement of loosely coupled objects, and these objects are able to make interaction with each other with helping of this method calls. All objects are linked with each other via RPC (Remote Procedure Call) technique or RMI (Remote Method Invocation) technique. For examples are Web Services and REST API. 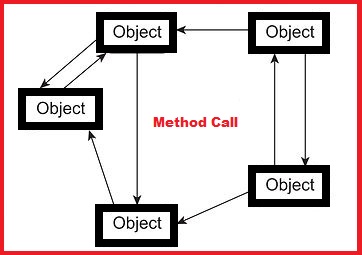 Data Centred Architecture always contains the common data space at the center. It has all mandatory data in one area as a shared data space. In which, all components are attached with this data and they are getting the follow subscribe/publish kinds of communication. It also contains the center data repository at the center, and then all needed data towards delivered to the components. For example Producer-Consumer system, in this system provides the data into common data space and consumers get the request data. 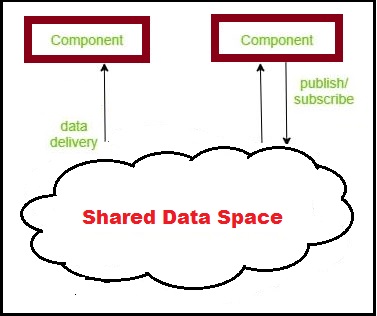 This architecture style is usually same as data center architecture, but just the difference is that event-based architecture contains all events instead of the data. All events are available at the center into Event bus and delivered to needed components whenever required. This type of architecture, the whole communication is made via events. Whenever an event occurs, the system as well as the receiver then it gets notify; therefore data and URL are broadcast with helping of events. This system’s components are coupled as loosely nature, so it is easy to delete, add and modify them. 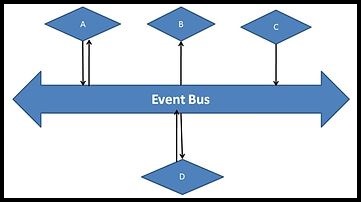 The main advantage of this architecture style, all heterogeneous components make communication with bus by any communication protocol. It has special bus that has ability to manage all kinds of incoming request and process as per the need.

Event-Based Architecture can support the many communication styles like as:

There are major two kinds of system level architectures like as Client-server and Peer-to-peer (P2P), and we are going to use these types of services in our real-life; below shown both in detail:

Client server architecture has two main elements like as client and server. The server is capable to execute many tasks such as data processing, computing, and data handling; but whereas the client is whereas user has ability to get access all services and resources which are provided by the server. The client makes the requests from the server, but the server will get respond as per respect. There are only one server is needed to manage the all activities from remote side. But as per the safe side, we can use multiple servers will get load balancing concepts.

It is one design feature that the client server architecture contains the centralized security database. This database has the all security information such as credentials and access details. Therefore, any user is unable to get log in to the server, without using its security detail. So, it makes this architecture more secure and stable compare the P2P network.

Get know about more information about Peer to Peer network read this article.

Primary System Controller: Primary system controller works as only controller in the distributed system and always keep track of everything; and it has responsibility to manage the dispatch and management of server requests over the entire system.

Secondary Controller: It is also known as the process controller or communication in controller, and it has responsibility for getting the control over the flow of server processing requests and handle of the system’s translation load.

User Interface Client: It is the extra component in the system that offers users along with the essential system information. It offers the all functionalities, which are most important for getting to monitor and control the system.

System Datastore: Every system contains also only one data store for all shared data. This data keeps store mostly on the disk vault, so it is whether clustered or not. Non-clustered systems can be works on system or distributed across various devices.

Database: In the distributed system keeps store all relational databases. When the data is tracked the location for data, then it share it among several users. Relational database are always presented over the all data systems and allow various users to obtain the same information at the same time.

There are many distributed system application, which are using in different areas like as:

Transportation Sector: Distributed systems are also going to use in transport in technologies such as GPS, traffic management system, and route finding systems.

Telephone & Cellular Network: Cellular network is also good example of distributed system, as early telephone and cellular companies were using the peer to peer network. But, now these organizations are adopting the distributed systems along with base station physically distributed in zones known as the ‘Cell’.

Distributed Real-time Systems: Many organizations are using the real-time system which are distributed globally and locally; like as Lyft use dispatch systems, Airlines use flight control systems, logistics and e-commerce companies use real-time tracking systems, and etc.

Distributed Database Systems: The distributed database is a specific database, that is situated over the many servers and physical spots. This data is either replicated or duplicated across systems.

Distributed Artificial Intelligence: Distributed artificial intelligence is a concept that is use to enlarge scale computing power and parallel processing to get learn and process enlarge data sets by using the multi-agents.

What are distributed system models?

the architectural model of distributed system represents the way where all components of the system make interaction along with each other; as well as getting the map onto an over the network of computers.

What is distributed system design?

A distributed system is designed that allows to execute a group of protocols to coordinate the actions of various processes over the network; and all these components perform entire task a single entity.

What is distributed system model in cloud computing?

Distributed and cloud computing systems are designed over the large number of autonomous computer nodes; and they are interconnected by SANs, LANs, or WANs in a hierarchical network.

What is distributed system architecture?

In distributed system architecture, all components are available on different platforms and many components can cooperate along with one another over the communication network to get a certain objective or goal.

What are the components of distributed system?

What are the applications of distributed systems in real life?

In this article, already we have been explored various applications of distributed system, which are using in your daily like; you can check them.

Now, i hope that you have fully aware about what is distributed system and its components; involving with architecture of distributed system with ease. If this article is valuable for you, then please share it along with your friends, family members or relatives over social media platforms like as Facebook, Instagram, Linked In, Twitter, and more.