What is Switch in Computer Network

Definition: A switch is wired network hardware device that performs all tasks at the data link layer of OSI model, and it also allows connecting multiple devices including computers, printers, and servers, in a small business network with using of Ethernet cable. 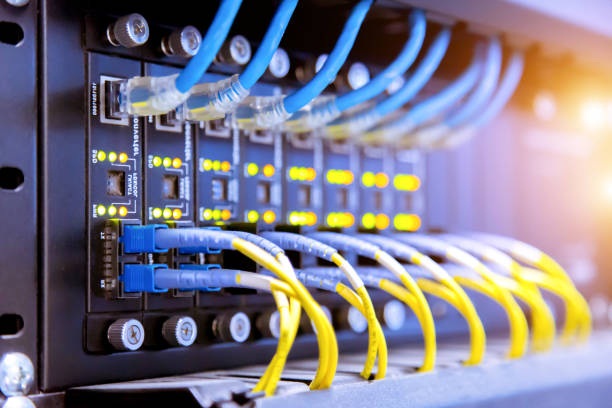 These switches can facilitate the sharing all information and capable to talk by exchanging data to each other.  It’s doesn’t matter that where they are setting on the campus or in a building.

Switches are capable to handle the physical network and software-based virtual devices. They help to establish connection with computers that host virtual machine in the data center and physical servers, and much of the storage infrastructure. They also allow carrying massive amount of network traffic in the telecommunications provider networks.

There are different types and categories of Switches in Networking; below explain each one –

Example of Switch in Networking

You can say examples of network switches to these types of switches; here describe each one –

These switches are simple interface for using of individual user to handle various functionalities of multiple systems with one console. These types of network switches have few keyboard special keys, so you can easily connect your computers to keyboard and mouse. You can scale the reach of switch several hundred feet with using of KVM extender bt transmitting DVI, VGA or HDMI signals. KVM offers best option to access to local and remote machines as well as can be managed to centralize server.

There are three types of Fixed-Configuration Switches like as –

Modular Switches: Modular Switches allow attaching expansion modules as per the user requirement then it provides you much flexibility for changing network requirements. Expansion modules are designed for specific applications with enabling for firewalls, wireless connectivity, and network analysis. These types of switches let you add additional interface, power supplies, and cooling fans but its cost can be increased.

It has eight switches with total 384 ports and it performs all function as single switch.

For example– Cisco 350X series models can be used as standalone fixed switches.

Ethernet Switches: Ethernet Switches are also known as “LAN Switches“,. With the use of these types of switches, companies can make internal connection with LAN network.   Ethernet switches help to deliver the broadcasted data packets before getting direction it to its embedded receiver. These switches can decrease the network congestion or bottlenecks by distributing a package of data only to its intended recipient.

PoE Switches: PoE stands for “Power over Ethernet“, and these switches spread the power over the entire network to different types of network devices. On this network, you can perform several functions from your computer to IP cameras and smart lighting system without any requirement nearby AC access point, because PoE switches transmit both power and data to linked their network devices.

PoE switches make the PoE network environment that can help to support both Ethernet and PoE-enabled devices.

Enterprise Switches: Enterprise Switches are used to track and monitor users and all devices which are connected at the edges to secure each connection point from security problem. These types of network switches have specific abilities such as PoE function, and with using of PoE technology, these switches are capable to handle the energy consumption of several edge network devices linked to switches.

Functions and Uses of Switches

There are basic four functions of switches in networking; below explain each one –

To Make Connection with Multiple Host: Network switches allowing many number of ports for connecting cable connection that helps to star topology, and it is also used to make link various computer to the network system.

Can be send Messages to Specific Host:  Network switches provide similar forwarding or filtering logic for every port. If, any switch tries to send any message to other host over the same network otherwise same switch, then they obtain and decode those frames for getting to read the MAC address part of the message.

Control Traffic: Network traffic is managed by network switches can help to manage both types of network traffic like as coming into or exiting network as well as connecting multiple network devices such as PCs and access points.

Switches help to operate at multiple OSI model layers like as data link, network, or transport layers, such devices those operate simultaneously at multiple those layers, they are known as “Multilayer Switch”.

There are main three Functions of Layer 2 Switch in networking; below explain each one –

If, MAC address table already contains the MAC address, then network switch gets to compare incoming port along with port that is already existed into MAC table. But, port numbers are mismatch then further switch is getting to update MAC address table with new updated port number. This issue is occurred when network administrator removes the cable from one port and then connects it to other ports.

Forward/Filter Decisions: In the forwarding process, all network traffic is getting to pass from one linked one port of switch to another device that is connected with another port of switch.

When destination MAC address is not matched in the MAC address table then switches forwards the Ethernet frame via all its ports exclude the source port that is known as flooding.

Normally flooding is occurred while starting up network switch, so it helps to prevent the discard of network traffic when switch is getting to learning.

When source MAC address is matched with destination MAC address then switch will get to drop Ethernet frame that is called the filtering.

Loop Avoidance: In the LAN network, redundant links are generated to prevent complete network failure in an event of failure in single link. Network switch’s function is to avoid layer 2 switching loop and broadcast storms.

Store and Forward: These switches are capable to store and verify every packet before routing.

Cut Through: Network switch gets to verify the part of packet header to hardware address of frame before forwarding it. They have to hard to store and forward techniques while outgoing port is getting busy to other packets.

Fragment Free: Fragment free helps to verify the first 64 bytes of packet where to store all addressing information. So, it prevents the erroneous packet frames for routing.

Adaptive Switching: In this technique, to choose any one of above three methods according to network traffic situation.

Working of Switch in Networking

If, in your mind is arisen one question is:

How Does an Ethernet Switch Work?

Then we solve it!!

Working of network switch is divided into four steps, like as –

Obtaining Packets: an Ethernet switch performs all activities on the data link layer devices along with IPs generate packets, which are available into Ethernet frame.

Encapsulation:  It is happened when bits adhere to the front and back of the packet.

Processing Identifying Data: Key identifying data is available at the header, like as inter alia source and destination MAC address. When a frame reaches at the network switch then it fetches all information and decodes where to send it via ports to arrive it targeted destination point.

Forwarding Packet: A frame reaches at intended device,  and then it obtains and strips the packet.