Working of Router with Diagram | How Does Router Work

Router is a network hardware device that allows to make communication in between the internet and all devices which are linked to the internet in your house and office. So, here we will spread the light about how to work router in the computer networking, and you must be known overview the working of router.

Binary format like as (0s and 1s) bits form that is easily understandable by machines, and packets which are group of these bits, they traverse over the network. Entire mechanism through those series of packets transmits over the network that is managed by the IP (Internet Protocol).

Read Also: What is Router with their Types and Functions

End devices such as (PC, laptop or phone) which generate the few sequences of data into Bit form and then IP always ready to send these packets to further processing. If, massive amount of information to be broadcasted then huge amount of bit are required for sending along with packets format. 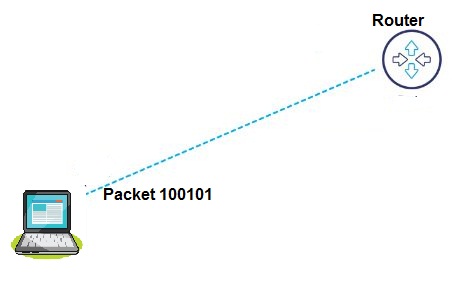 All IP (Internet Protocol) packets are transmitted along with their paths across the network, then router has responsible for getting to packet routing to destination point. 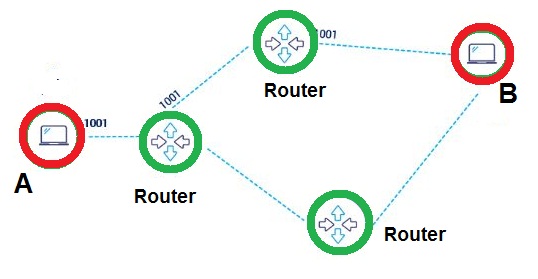 So, router has the all information that which path is better to send packets across network. This information is stores into routing table, but before sending any packet, it takes the decision that route is OK for forwarding them, and this processing is known as the “Routing Process“.

How does router identify that what is better route?

Router has own ports or other interfaces which are getting to make interface along with other connected network devices. Interfaces help to make communication with links that are used for packet forwarding. Links means that cable, fiber or even wireless.

Routing protocols helps to specify a best path for router to identify other router over the network. There are various protocols; below explain each one –

Open Shortest Path First (OSPF): It is used to manipulate the better path for given packets to arrive the destination point.

Border Gateway Protocol (BGP): This protocol helps to manage that how packets are flowed over the internet through exchange of information in between the edge routers.

Interior Gateway Routing Protocol (IGRP): It helps to identify how routing information will be exchanged in between the gateways along with an independent network.

Enhanced Interior Gateway Routing Protocol (EIGRP): In this protocol, if router is not able to search a best route to a destination from the routing table, then it asks route to its neighbors, and they pass query to their neighbors while finding the path.

Exterior Gateway Protocol (EGP): It helps to take decision that how to exchange the information in between two neighbors gateway hosts.

Routing Information Protocol (RIP): This protocol helps to determine that how router can share information while transmitting traffic with connected group of LAN networks.

Now, i can make ensure that you have been fully educated about how to work router in the computer networking, and you must be known overview the working of router with ease. If this post is helpful for you, then please share it along with your friends, family members or relatives over social media platforms like as Facebook, Instagram, Linked In, Twitter, and more.