How to Create Cameos on Snapchat for (iPhone & Android)? Easy Guide!!

Do you know about how to create cameos on Snapchat, if don’t know? Don’t worry! Through this article, we will explore all easy things, which help to make your own Snapchat cameo on iOS or Android device with ease. At the end, you will say that it is easier task and i can do it without getting any hassle. 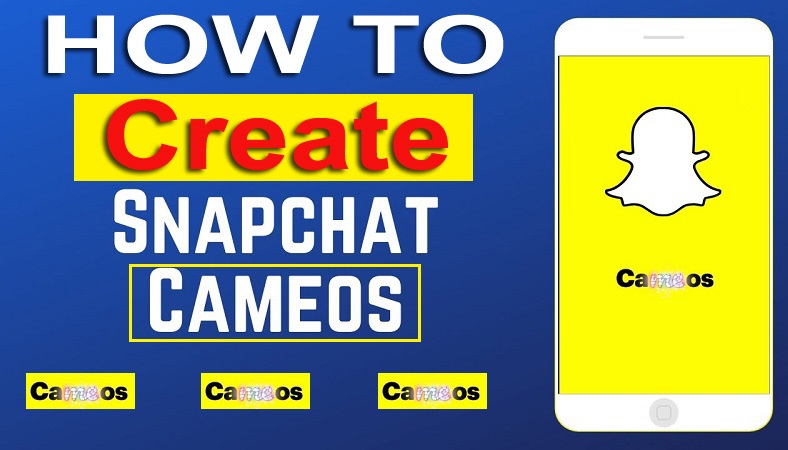 ‘Cameos make you the star of your small, looping films’- Snapchat.

How to Create Cameos on Snapchat

Cameo allows you put your face into GIFs and if you don’t wish your photo to display, and you can also save them to send further. So, in this post we will reveal all cool things about how to make a cameo on your Snapchat app for iPhone and Android device. Below shown all headlines, you can navigate them as you choice:

How to Get Cameos on Snapchat for (iPhone & Android)?

If you want to get or make your own Snapchat cameo, then first of all you have to need download Snapchat app from Play Store (Android) and App Store (iOS), and install it on your device.

Unfortunately, if your installed Snapchat app not able to work, then you can get uninstall and install again or restart your phone. I hope that your problem will be resolved.

Set Up Cameo on Snapchat:

How to Get Two Person cameos on Snapchat?

Snapchat also lets you option to add two-person otherwise a cameo along with another person. Hense, another person can also use your selfie to make Two-Person Snapchat cameo. How you can do two people Snapchat Cameo?

How to Use or Send Snapchat Cameos on Chat?

Once created your own Snapchat cameo, you can easily use or send it to your best or mutul friends. With following few simplest steps, you can do it:

How You Can Save your Own Snapchat Cameos?

If, you have seen any stunning cameo, then you want to save it for further use. With following few basic steps, you can easily to save it on your phone. Here’s how?

How do i share Snapchat cameo to other social media platforms?

With using simplest steps, you can easily share Snapchat cameo on other social media sites:

How cameo stories are made On Snapchat?

Go to Chat box > click on anywhere at Chat bar and then click on bottom. Further, click on ‘Cameo‘ and take a cameo selfie. Then you can use it on several small duration videos and images.

How do you turn on cameos on Snapchat?

Go to Chat section > Click on ‘smiley face icon’ > select ‘Cameo‘ > tap on ‘More‘ > click on ‘Cameo‘ icon, and then keep long press the cameo that you want to use.

Can you do Snapchat cameos on Android?

Of course! If cameo is not working on your device then you have to update your Snapchat app along with latest version of Snapchat.

How do I make a cameos on my iPhone?

Above through this article, we already explain all things about to get Snapchat cameo on iOS and Android device, check them.

Snapchat cameo are amazing way to make any conversation funny, engaging, and interesting.

Today, through this article, we have been already taught all possible things about how to create a cameo on Snapchat for iPhone and Android device. If this article is most helpful for you then please share it along with your friends, family members or relatives over social media platforms like as Facebook, Instagram, Linked In, Twitter, and more.