What is TCP (Transmission Control Protocol): Working and Functions of TCP

What is TCP (Transmission Control Protocol)

Definition: TCP stands for “Transmission Control Protocol“, and it is a communication standard that helps to enables of application programs as well as exchanging the messages in between the multiple computing devices over the computer network. The main aim to introduce of TCP is to send packets over the internet and to get ensure delivering of data and messages over the entire network with successfully. 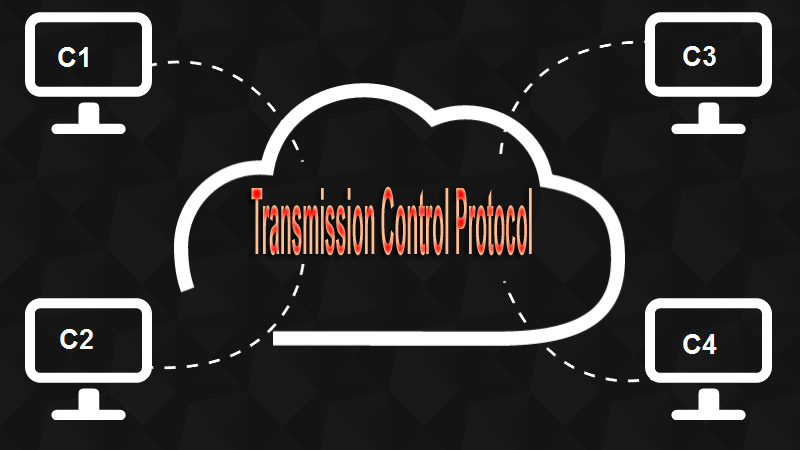 TCP (Transmission Control Protocol) is a simply basic standard that is defined by the Internet Engineering Task Force (IETF). It plays the major role for making communication in digital network and to get ensure end to end delivery.

What TCP is Used For

TCP allows to gather all data that it can be transmitted in between the server and client. Before getting to transmit data, it built a connection in between the source and its target destination point. TCP enables to guarantees the integrity of data transfer over the network, regardless of the amount of data. Due to this, main objective of TCP is to send data from higher-level protocols that need all transmitted data to arrive.

How Does TCP Work

Here, we will explain the working of TCP (Transmission Control Protocol) along with their five phases; below explain each one –

When two computer systems want to transfer data with each other over the TCP, then they first require building a connection with using of “Three-way handshake“

When packet of data is transferred over the TCP, then recipient must be always acknowledge what they grabbed.

Firstly computer fires the packet along with data and sequence number, then second computer acknowledges its by setting the ACK bit and enhancing the acknowledgement number by length of grabbing data.

TCP header contains the both sequence and acknowledgement numbers.

The computer can close the connection when they have no longer need to send or receive data.

Computer takes the initiates for closing the connection with sending a packet FIN bit set to 1, and then other computer replies along with ACK and another FIN. And finally, connection is closed by one more ACK from initiating computer.

TCP connections are capable to detect the lost packets with using of timeout.

Sender gets to start a timer and sends the packet in the retransmission queue. If the timer runs out and the sender has not yet received an ACK from the recipient, it sends the packet again.

Phase 5: Managing Out of Order Packets

TCP connections have ability to detect the out of order packets with using of sequence and acknowledgement numbers.

On the off chance that, recipient sees a higher succession number than what they have recognized up until now, they realize that they are absent somewhere around one bundle in the middle. In the circumstance presented over, the beneficiary sees a succession number of #73 yet expected a grouping number of #37. The beneficiary tells the sender there’s a wrong thing by sending a parcel with an affirmation number set to the normal grouping number.

There are many basic operations which can be simplified by their primary functions; below explain five main tasks that are performed by TCP.

Addressing/Multiplexing: Several kinds of applications use the TCP in their transport protocols. In the TCP, UDP plays major role for multiplexing data received from their various processes because they can be transferred using the underlying network-layer protocol, then these higher layer application processes are identified with the help of TCP ports.

Data Handling and Packaging: TCP has standard by which applications are capable to transfer data to it from higher layer, and this data is send as packaged into messages form to destination TCP software program. The destination software gets to unpackaged the data and provides it to the application over the destination point.

Data Transfer: TCP plays the major role for transmitting devices for sending the packaged data to the TCP process on another device. TCP software helps to send data packets to the underlying network layer protocol.

Connection Establishment, Management and Termination: TCP offers the group of procedures that all devices follow to negotiate and establish a TCP connection over which data can be transmitted. Once opened, TCP enables logic for handling connections and controlling the all issues that may result with them.

Providing Flow Control and Congestion Avoidance Features: TCP allows to flow the data in between two devices to be managed and controlled, and it also enables features to deal along with congestion that may be experienced during communication between devices.

Providing Reliability and Transmission Quality Services: TCP enables a group of services and features that allows to all applications which are considered to send data with using of protocol to be reliable, that means it does not have to worry about for sending data and never showing up or reaching in the wrong order.