SRAM stands for “Static Random Access Memory”, and it is also simple types of Random Access Memory that helps to store all data with using of static technique. Static RAM is able to retain all information into static form until power supply is turn off, so due to this nature this memory is known as volatile memory.

Advantages of SRAM over DRAM 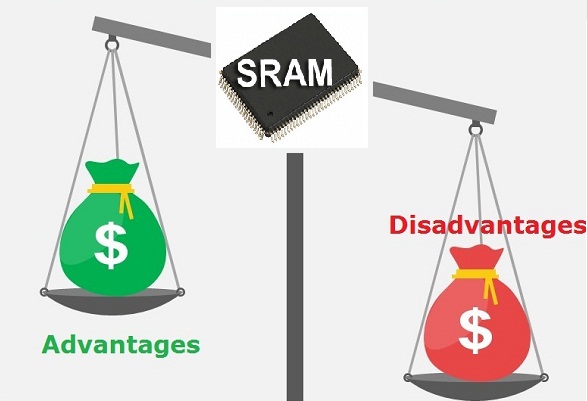 There are some benefits of SRAM, such as

Disadvantages of SRAM over DRAM

There are some limitations of SRAM, such as –

Applications and Uses of SRAM