What is NoSQL Database?

NOSQL database is a ‘Non-Relational Database Management System’ that is introduced by Carl Strozz in 1998; as well as it is capable to accommodate a wide range of data models like as key-value, document, columnar and graph formats. It doesn’t allow to need a fixed schema. It ignores the joins and it is easy to scale up. NOSQL database has some extra features like as lack of database schema, replication support, data clustering and eventual consistency. 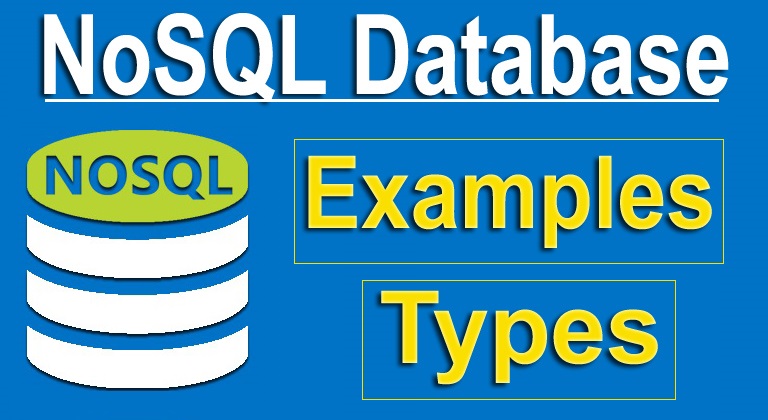 The main objective of using NoSQL database is to distribute data stores along with humongous data storage needs. Mostly, NOSQL database is going to use for real-time web applications and Big data like as Twitter, Facebook and Google. Traditional RDBMS utilize the SQL syntax to keep store and retrieve data for later insights. But, NoSQL database system suggests the wide range of database concepts that is able to store structured, semi-structured, unstructured and polymorphic data.

Why to Adopt NOSQL?

The technology of NOSQL is getting more popularity along with Internet giant such as Google, Facebook, Amazon, and more. They deal with massive amount of data, and then system response time becomes slow, while using the RDBMS for huge amount of data. To fix it, we can adopt ‘Scale Up’ our system by getting to upgrade out presenting hardware, and it process is more costly.

The alternative of this problem is to distribute database load on the many host whenever the load enhance. This concept is called the ‘scaling out’. Hence, NoSQL database is not relational database, it scales out as better out than relational databases as they are most convince for designing with web applications in mind.

Types of NoSQL Databases with Examples

NoSQL database is getting to use different kinds of approaches that are based on the data model. SO, there are main 5 types of databases in the NoSQL; below each one is explained with their benefits and limitations; you can check them.

It is pretty simple kinds of NoSQL database that is used to keys and values to keep store the data. ‘Key’ allows to keeps store the attribute name; whereas the values will be corresponding key that is held in ‘Value’. Key-value keeps store a database, in which, the key is only capable to store string; but the value is able to store string as well as JSON, XML, Blob, and so on. Causes of its behaviour, it has ability to manage the huge data and loads.

These types of databases allow to keep store data into table, rows, and dynamic columns. In which, every row is not getting to need to have the similar columns. So, they are most convincing as compare to relational databases in flexibility. They are also capable to read those columns directly without using the memories corresponding of whole data. The column-oriented database’s work model is totally depend upon the method of the the BigTable paper by Google. Due to this, column-oriented graph are better for storing Internet of Things data and user profile data.

Use cases are: Keep manages data warehouses, CRM, Library card catalogs, business intelligence, and so on.

The graph based database keeps store the entities and relations amongst those entities. These entities are stored as a node along with relationship as the edge. The edge provides the relationship in between the nodes. So, each node and edge contains the unique identifier. As compare to the relational database where tables are loosely linked; but the graph database is a multiple-relational in nature. A traversing relationship is fastest as they are already captured into a database; but there have not need to calculate them.

The document-oriented database is a member of the non-relational database’s family. Unless of storing data into row and columns (Tables); it is going to use the documents to keep store data into the database. Document based database lets to keep store data into JSON, BSON, or XML documents. Further, JSON is also able to store value of kinds such as Strings, Numbers, Booleans, Arrays or Objects; so they are most supportable to powerful query languages. Hence, they can be utilising as the general purpose database.

The multi-model databases are developed for managing the multiple databases against the one integrated backend. This database model is getting to support one data model. Hence, it is capable to keep store query and index data from the multiple models. Most of users are going to trust on multi-model database for a modelling benefits associated along with the polyglot persistence without need to merge many models. It also enables the data storage in many ways and resulting in swifter agile programming and the minimal of data redundancy.

Use Cases are: Complex projects where needing the many data views.

Here, we are going to cover many examples of NoSQL database with ease; below shown each one, you can check them:

Redis: Refdis is an open-source NoSQL database that is following the principle of key-value store. Then, key-values store offers the capability to keep store few data known as the value. Redis can support many types of data structures like sorted sets, bitmaps, strings, hashes, lists, sets, hyperlogs and  geospatial indexes with radius queries.

Voldemort: Voldemort is also an open-source distributed database that is based on the Amazon Dynami. Voldemort is going to use in memory caching to discard the separate caching tier. And, data is also automatically replicated over various servers.

Oracle DB: Oracle NoSQL database cloud service that allows to make easy for developer to make applications by helping of document, columnar and key-value database model. Hence, it can deliver the predictable one singular digit millisecond response times along with data replication for higher presence.

Tokyo Cabinet/Tyrant: This database is capable to support concurrent access; and it is also a dedicated key-value store identically to LevelDB, RocksDB, etc. The application can use the custom non-SQL API to invoke delete, update, insert operation on data and other management functions. Other strengths are: easy to deploy and configure, easy to operate, not having a black box, small size memory footprint, lua extension, and more.

Amazon SimpleDB: Amazon SimpleDB is a highly presence of NoSQL data store that provide the offload the work of database administrator. Developers are capable to keep store and query data items through web services requests and Amazon SimpleDB dest the rest.

Riak: Riak is an open-source database that is designed by the Basho Technologies. Riak is also highly distributed database program that offers the scalable, reliable performance in many of different operation environments.

MongoDB: MongoDB is a document oriented NoSQL database that is going to use for higher volume data storage. Beyond of using the tables and row as in the traditional relational databases; MongoDB allows to make easy to use of collections of documents. Documents have key-value pairs that are the basic unit of data in MongoDB.

Cassandra: Apache Cassandra is also an open-source NoSQL distributed database that is trusted by the many organizations for higher availability and scalability without getting to compromise performance

ElasticSearch: Elasticsearch is a distributed open-source search engine and analytics database that was designed by JAVA on Apache Lucene. Elasticsearch allows keeping store data, searching and analyzing massive volume of data within seconds. It is capable to get fastest search responses through searching indexes.

Amazon DynamoDB: It is a fully managed, serverless, key-value NoSQL database that is designed for running higher-performance applications at any scale. It also provides the built-in protection, continuous backup, automated multi-Region replication, and data import and export tools.

HBase: HBase is also an open-source non-relational, scalable, and distributed database that is written in Java. It offers the random real-time read and write access to the provided data; as well as offering the possibility to write NoSQL queries to get the output by using APIs.

BigTable: It is a NoSQL database that is developed for getting to support enlarges and scalable applications. When, developers are trying to make any application where to need scale in a big way in the terms of reads and writes per second.

Hypertable: Hypertable is a consistent NoSQL database that was designed for the express purpose to solve the scalability problem. Hypertable is designed by the Google to meet their scalability needs and fixes the scale issue better than other NoSQL solutions out there.

Infinite Graph: It is an enterprise distributed graph database. The main objective of it is to offers the infiniteGraph for free with up to 50GB of disk storage.

OrientDB: It is also an open-source NoSQL database that offers a mechanism for keeping storing and retrieving NON-relational data. It refers to data other than tabular data like as document data otherwise graph data.

FlockDB: It is fault-tolerance graph database for managing wide but shallow network graphs. It was initially grabbed by Twitter to keep store relationship in between users.

RavenDB: It is completely transactional, and it is one of the first non-rational databases to provide ACID not only for one document, but for several documents throughout the entire database.

ArangoDB: It is an open-source native graph database system that is designed by ArangoDB Inc. It has ability to support three data modals (graphs, JSON documents, and key/value) along with single database core and a unified query language AQL that means ArangoDB Query Language

When NoSQL Should be Used

What do you mean by NoSQL database?

NoSQL also presented to as ‘not only SQL’ and ‘non-SQL’ is a concept to database design that is enabled with storage and querying of data outside the traditional structures found into relational databases.

What is NoSQL database in big data?

NoSQL database keeps store data into document instead of relational tables; so it is used into big data.

Why is NoSQL used?

The technology of NOSQL is getting more popularity along with Internet giant such as Google, Facebook, Amazon, and more. They deal with massive amount of data, and then system response time becomes slow, while using the RDBMS for huge amount of data. To fix it, we can adopt ‘Scale Up’ our system by getting to upgrade out presenting hardware, and it process is more costly.

The alternative of this problem is to distribute database load on the many host whenever the load enhance. This concept is called the ‘scaling out’. Hence, NoSQL database is not relational database, it scales out as better out than relational databases as they are most convince for designing with web applications in mind.

What is the most popular NoSQL database?

MongoDB NoSQL database is getting more popularity; it is a document-oriented open-source database.

What are the different types of NoSQL databases with examples?

There are five different kinds of NoSQL database like as Key-Value Pair Based, Column-Oriented Graph, Graphs-Based Databases, Document-Oriented Databases, and Multi-Model Databases. Each one is explained in detail with their example, above in this post; you can check them.

What are the main examples of NoSQL databases?

Now, i can make sure that you have been completely educated about what is NoSQL database system with its types and example; involving with popular list of NoSQL database system with ease. If this article is valuable for you, then please share it along with your friends, family members or relatives over social media platforms like as Facebook, Instagram, Linked In, Twitter, and more.