What is Computer Port

Definition: A port is a physical docking point that is embedded on the computer system to make connection with external or peripheral terminals to the PC. It helps to transfer all data and information from program to PC over the internet, so it is also known as “Communication Port“.

Computer port acts as interface or a point of connection in between the PC and its external device like as keyboard, mouse, pen-drives, monitor or display unit, printer, speaker, flash drive etc. 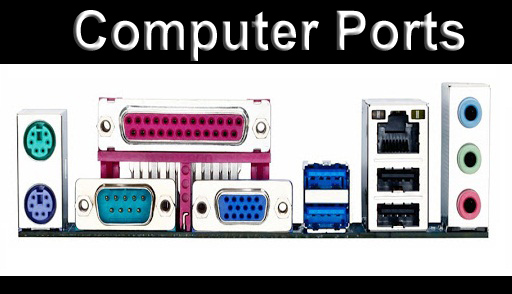 Mostly, computer ports are available on the rear side of computer, but few ports can be presented on the front side as based on the computer design.

Here, we will spread light on the different types of computer ports with their functions and examples; below explain each one – 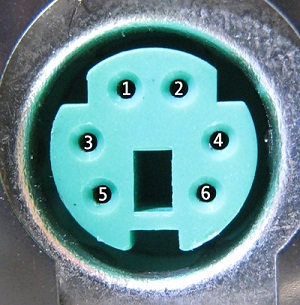 PS/02 port was introduced by IBM, and it is a DIN connector that has 6 pins. This port is developed to make connection for mouse and keyboard. Ps/02 connectors are available with color coded like as green is used for mouse, whereas purple for keyboard. Pin configuration is get to same for both mouse and keyboard, so Computer is not capable to recognize the connected device when it is connected to wrong port. 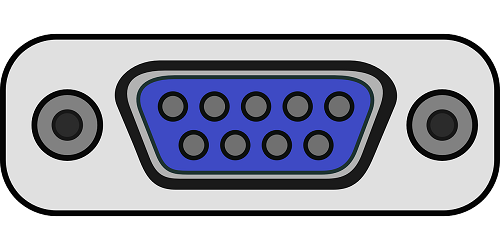 For examples -DB-25 and DE-9 connectors, and these ports help to carry RS232 signals.

Parallel Ports allow to make parallel communication interface where to transmit data with multiple bits at a time, and its speed of data transmission is 150Kbps. 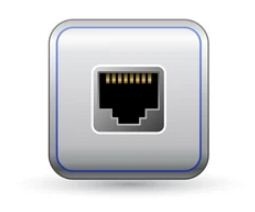 Ethernet port was used to connect network device with computer through wired connection. If, cable is plugged one time into Ethernet port, then it is able to deal with cable modem, network hub, an Internet gateway or DSL modem. Mostly, computers are built with an Ethernet port, if any time it gets to halt, then adapter card can alter its integrating.

Mostly, game ports are used to make connection to game devices (Joystick) to a computer. But, now it is replaced by USB.

Firewire port was introduced by Apple. This port helps to connect camcorders and video equipment to the PC. It is able to transfer massive amount of data at the fastest transmission rate (400 to 800 megabits per seconds). 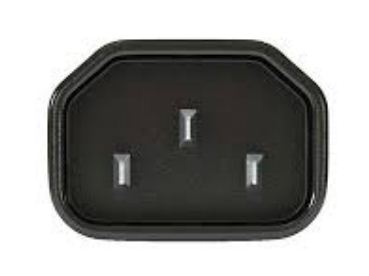 It is three-pronged plug, and it is used to connect PC’s power cable that is plugs into wall socket. VGA stands for “Video Graphic Array“, and it is a 3 row with 15-pin connector that is mostly available in various video cards, PC, projectors, monitors, laptops, high definition TVs, etc.

Now these days, LCD and LED monitors are available in VGA ports, but these ports are not capable to deliver high picture quality because it can carry only analogue video signals up to a resolution of 648X480.

As per demand of graphic quality kept growing, VGA ports were replaced by HDMI and Display Ports. 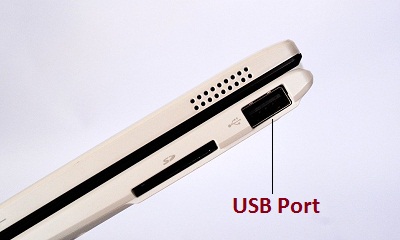 USB stands for “Universal Serial Bus“, and it is very versatile in use. USB ports are used for many objectives like as to exchange data, connect peripheral devices (printers, keyboards, external hard drives, mice, scanners), as well as interface for charging devices like as smart phones, digital cameras, etc.

Types of USB ports are:

USB 3.0 blue color coded and this port can support rate of data transmission of 400Mbps.

USB 3.1 is capable to support the data rate up to 10Gbps.

USB Type C: It is advance design along with 24-pin, as well as it can manage a current of 3A. It is also used those devices which are needed fast charging. 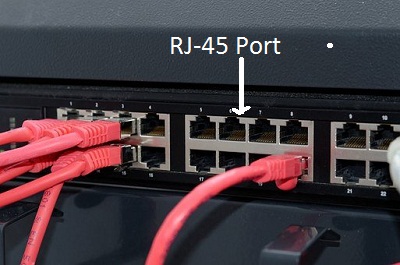 RJ-45 stands for “Registered Jack 45“, and it also known as other alternative names like as Ethernet port, network jack, or RJ45 jack. RJ-45 connector has 8-pin; accordingly to RJ45 cable comprises eight separate wires of different colors. It is look wise as a telephone jack.

RJ-45 is an Ethernet style network port that is embedded on the computer system and other network devices like as hub, repeater, routers, switches, etc. It allows to your PC to make communication along with other multiple computers and networking components, where to need Ethernet networking.

RJ-45 ports are designed with two LEDs for indicating transmission and other packet detection.

It is also known as the registered jack that is mostly used as an interface for modem, ADSL, and telephone, and also terminating the telephone wires. It has 6-pin with smaller size. RJ11 port is mainly designed to make connection to dial up modem.

It is also known as other alternative names like as phone connector, modem port, phone jack, etc.

e-SATA stands for “external Serial AT Attachment“, and this connector is used for getting to interface with external mass storage devices.

e-SATA is replaced with modern connector is known as e-SATAp (Power e-SATA).

This port looks wise as small round connector, and this audio jack mostly presented on the computer, laptop, phone, etc. It is used to attach to wired speakers and headphone, and it allows to pin shaped plug from earphone, speaker, etc.

There are two types:

Mini-DVI: It is designed by Apple for getting to alterative to Mini-VGA port. It has 32 pin as well as able to transmit DVI, composite, S-Video and VGA signals with respective adapters.

Micro-DVI: It is capable only transmit digital signals, and it is small size compare to Mini-DVI. 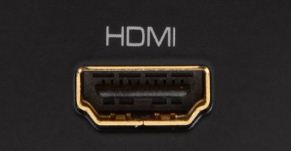 HDMI stands for “High Definition Media Interface“, and it is digital interface that is used to make connection with high and ultra definition devices such as monitor, gaming consol, HDTVs, ultra definition cameras, etc. it is capable to carry uncompressed video and uncompressed or compressed audio signals. HDMI has advance version like as 2.0 that help to transfer video signals up to 4096×2160 resolutions.

Mini HDMI: It is look wise as regular HDMI port with 19-pin, but it is small size to other HDMI port.

Micro HDMI: It is also 19-pin port, but its pin-out design is totally different. This port is developed to allow composite video and stereo signals which are transmitted by three cables, they are known as RCA cable. It has three color coded plugs which are helped to connect to three respectively colored jack of RCA connector. Red jack supports to stereo channel, white supports to middle stereo channel, and last yellow can support to composite video. 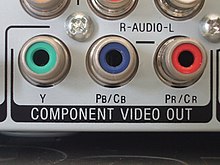 This is an interface that allows to divide video signal into three channels, and this component video consists the three color coded slots like as Red, Blue, and Green. Every slot grabs and then transfers the corresponding component of video signal. It helps to provide high quality video to composite video and can support to both digital and analogue signals.

microSD Card Reader port are mostly used into smart phone and cameras, and it has huge data storage capacity with their small size. An SD Card Reader port also helps to move data from an SD card. Normally, these ports are embedded on the computers and laptops.

It is a interface that allows to transmit a video and audio from a device to display screen. It is replaced to traditional interfaces like as DVI and VGA. It is a 20-pin connector that helps to delivers a better resolution compare to DVI port. This display ports are installed on the PC, tablets, monitors, laptop, etc.

Sockets are commonly used to attach speakers or microphone to sound card in the computer system.