What is WAN Topology? Types and Examples | Wan Full Form

A wide area network topology refers to describe the blueprint of network components and connections over a given WAN network. Therefore, now we will guide you about what is WAN topology and its examples with diagram; as well as different types of WAN topology in the networking without getting any hassle. At the end of this post, we will fully get know about all types of WAN topologies with ease.

What is WAN Topology? 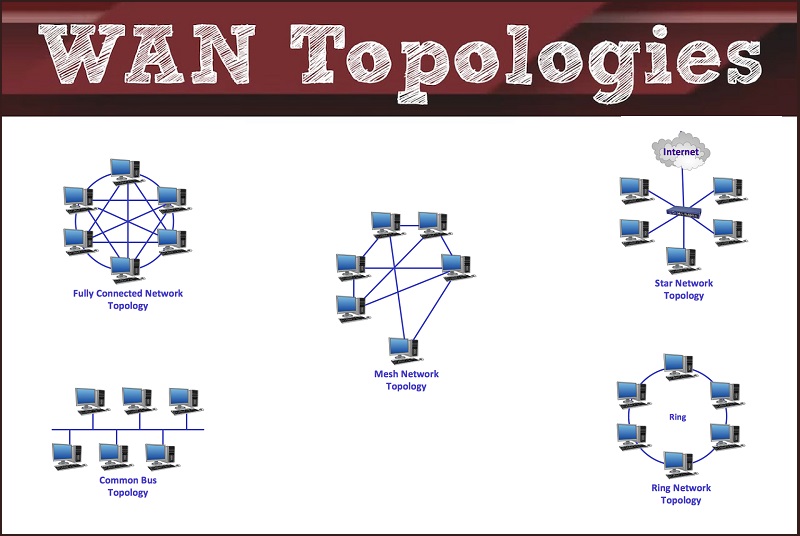 A WAN design can be appeared complex, most such networks are depended around one of a some simple topologies. SO, here we will cover all types of WAN topologies over the computer network with ease.

A WAN stands for ‘Wide Area Network’ that is connected a group of telecommunication networks , which are going to distributed across a enlarge geographical area spanning the multiple territories, nations, or cities so that the element network can get exchange the data along with the defined WAN networks group. WANs users are going to get range from educational institutes, government entities, and business to make communication and transfer data to several users consisting of clients, students, and supplier spread across the entire globe.

Here, we are going to explain about different types of WAN topologies in computer network; below shown each one in detail with its diagram as well, you can check them.

This topology allows to connect one site to other; they are made connection directly. This kind of topology is also known as the Leased Lines. They are taken all services as lease from a service provider depend on your requirement for using bandwidth and distance in between two different sites; and shareable solution is not applicable. This topology system is inexpensive to other solutions.

Important: Point-to-point WAN topology is going to use only two or three major regions.

The ring topology structure is almost same as the point to point topology; but all sites are linked at the end of backbone to each other as well. This topology is less vulnerable for getting failure, and traffic can be also routed the opposite path around the ring, if any fault is occurred over the network. 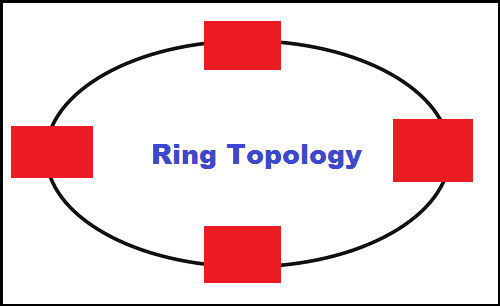 The star topology allows to connect all sites with helping a central hub. WAN hubs implement a technology called the concentrator router to make ensure data is sent to the proper destination point. In this topology, additional network can be added easily and scale up. It is most important consideration for business WANs; and it is also not vulnerable to a one cable failure breaking down the entire network, because it is totally depended on the concentrator router to be capable to run. 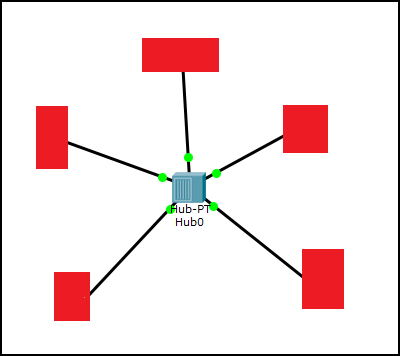 This network topology allows to connect each sites with other sites one by one; so this topology requires more resources and costly. Beyond of this, it also requires an additional effort because the number of connections.

The number of connection, which is required for this topology, is will be calculated with this formula like as: N x (N-1) / 2 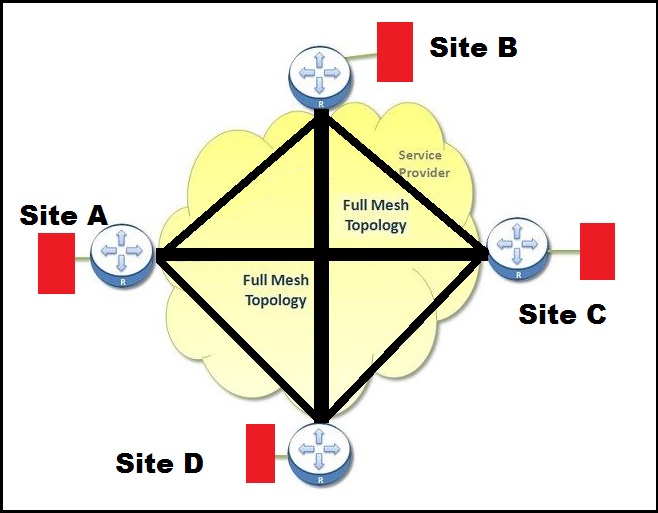 Full mesh topology can be become more expensive, cause of quantity of physical WAN circuits required and router that is going support specification design.

A full mesh topology has a variation that is involved a partial mesh topology, and this design will introduce a hierarchical approach to the topology that can be used when is getting the design at international networks. It offers the flexibility to build up variation into topology to meet geographic needs. WAN gets access sites connect to location points of concentration, then it will connect to a headquarter site along with a central data center. So this topology is most cost effective to full mesh topology. 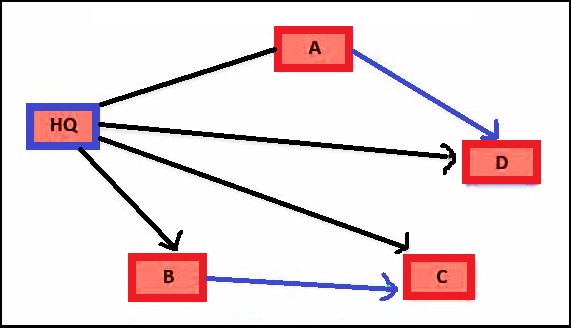 This topology is going to use to connect multiple sites; and in this WAN topology, two actors play the major role as its names “Hub and Spoke“. Hub is a central network device at one side that is attached to all other devices. The spoke is the name of every of the other sites and devices; but they are not linked to Hub. There is not able to make connection directly in between the Spokes.

It is an expensive interface; and all spokes circuits are capable to share a common interface to hub by using the hub-and-spoke topology. 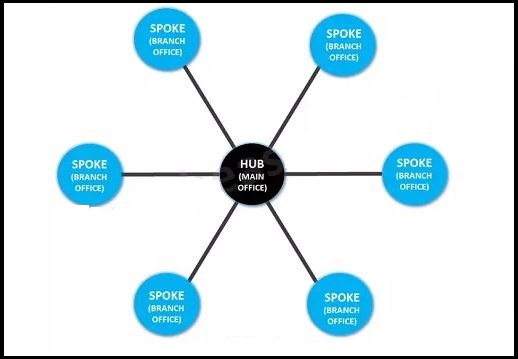 The spoke routers are the dual-homed that is going to link redundantly to two hub routers in a Wide Area Network cloud. The dual-homed topology can be more expensive to use compare to a single-homed topology, because it is need some extra networking hardware like as routers and switches.

Therefore, dual-homed WAN topology is the best option for improved performance, load balancing and redundancy. Whenever, one of these sites get down, then connections will be continues because the load balancing is also offered between two links. 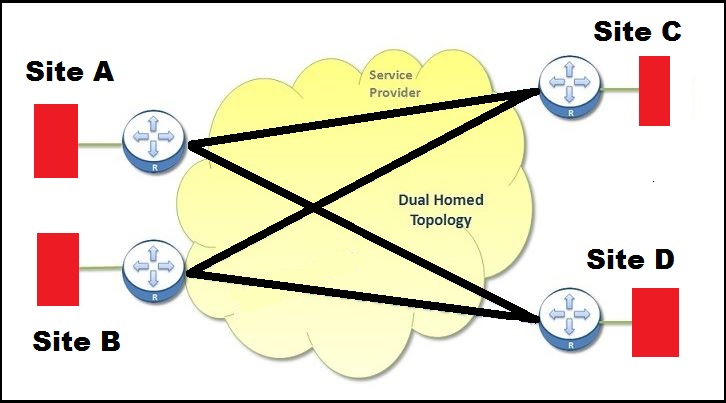 The multitiered WAN topology is going to make use of such as: 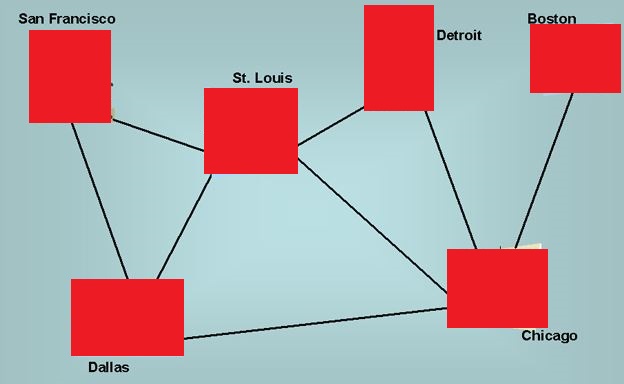 Benefits are: It is going to scalable because at worst just one link requires to be attached to few concentrators. It has improved performance, if there are more links; and this links can be make cause of traffic demands.

What is WAN topology with diagram in computer network?

A wide area network topology refers to describe the blueprint of network components and connections over a given WAN network. Above in this post, already we have been explained WAN topology with its diagram; you can check them.

Which topology is best for WAN and why?

The star topology allows getting integration of new network components to the network that can be a most important consideration for business WANs as it entails less work and cost.

What are the different types of WAN topologies in networking?

What is the most basic example of WAN topology?

The best example of a Wide Area Network is the Internet itself.

What is the Full Form of WAN in computer networking?

A WAN’s full form is ‘Wide Area Network’ in the networking.

Now, i hope that you have been completely learnt about what is WAN topology and its examples with diagram; as well as different types of WAN topologies in networking with ease. If this article is helpful for you, then please share it along with your friends, family members or relatives over social media platforms like as Facebook, Instagram, Linked In, Twitter, and more.