What is Laser Printer? Types, Examples, Uses, and Application!!

What is Laser Printer?

Definition: Laser printer uses the laser and electrical charge model beyond of the traditional printing like as ink onto the paper. Laser printer resolutions is 600 dpi (dots per inch), so it helps to provide neatness and better quality result. 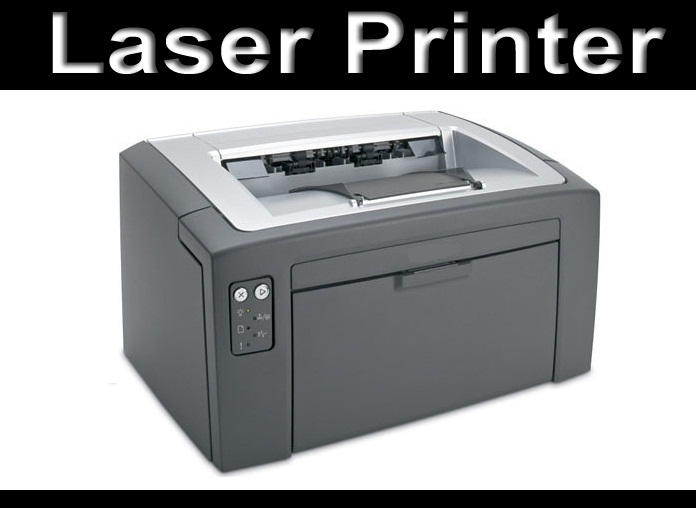 First laser printer was designed by IBM, 1975 along with its mainframe computers. HP Company revolutionized laser-printing technology in 1984, and then introduced first LaserJet, fast, and reliable printer for using with personal computer.

There are different types of laser printer; below explain each one –

Personal Laser Printer:  These types of printers are very small in size, and they can be placed on a single desk. So, they do not take more space as well as more useful for connecting to one PC by one user. These printers are designed with concern simplex and duplex mechanism.

Office Laser Printer: These printers are big in size compare to personal printers, but they can be placed on the desk along with your computer system. Mostly, office printers are simplex, but now some models are available with duplex mechanisms.

Production Laser Printer: These printers are higher speed printers, and they are floor standing devices. Skilled operators are need for operating them.

Colour Laser Printers: These printers have four colours (Cyan, magenta, yellow and black), and with using of these colours it provides the coloured print.

There are several examples of Laser Printer: such as –

There are various applications where to use Laser printer; below each one mention:

What is laser printer definition?

Laser printer is the most popular computer printer that is going to use the non-impact photocopier technology where nothing keys striking the paper.

Why is it called a laser printer?

The laser printer was introduced by Gary Starkweather, in 1969; then it was going to work in the Xerox product development team. His concept was to use laser to imprint a picture on a copier drum that would then be transferred on the paper. Therefore, it was known as ‘Laser Printer’.

Which technology is used in a Laser printer?

A laser printer is going to use the photocopy technology for taking print; it uses a laser beam and dry powdered ink to provide the higher quality dot matrix pattern.

What are the different types of laser printers?

What are the main 5 examples of laser printers in real life?

In this post, already we have been explored many examples of laser printer in daily life; you can check them.

What are the 5 uses of laser printer?

Is Laser printer a type of Impact or Non-Impact printer?

Laser printer is a non-impact printer, because it doesn’t stroke or impact a ribbon to print.

Now i can hope that, you have been completed learnt about what is laser printer and it examples, uses, and application; involving with many types of laser printer with ease. If this post is valuable for you, then please share it along with your friends, family members or relatives over social media platforms like as Facebook, Instagram, Linked In, Twitter, and more.

Also Read: What is Inkjet Printer:Types, Uses, and Examples!!