Gateway is special type of networking device that helps to make interconnection multiple devices with each other to different types of networks, and they can make communication. In the simple words, it plays the role as entry or exit gate for the other networks.

In this post, we will explain various advantages and disadvantages of Gateway in Networking, and through this article, we will spread the light about pros and cons of gateway in Computer Network. 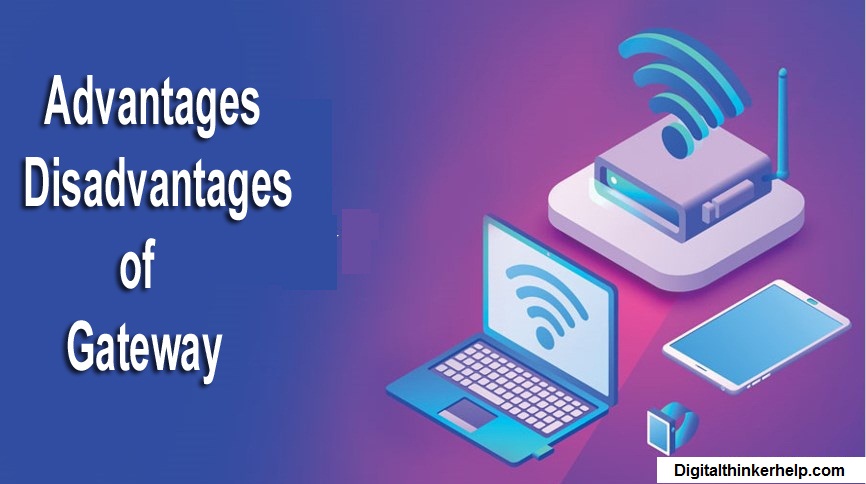 Advantages of Gateway in Networking

There are various benefits and advantages of gateway in the computer networking; below explain each one –

Connectivity: Gateway provides the better connectivity with other different networks, and it also helps to scale the network with linking the multiple computers along with other systems together. So, due to this, different types of computers have ability to access the same type of information.

Better Flexibility: The gateway is getting more flexibility for your network because it is capable to translate all information from computers along with different kinds of systems.

Protection from Unwanted Users: Gateway allows user authentication for getting to improve the security. In concern of security, user ID and Password are installed on the network gateway, so unwanted users are not able to access any type of information from the network. Due to this security, only authorized users have only right to access to all information over the entire networks.

Features and Characteristics of Gateway in Networking

Disadvantages of Gateway in Computer Network

There are various drawbacks and disadvantages of gateway in the computer networking; below explain each one –

Configuration: There is getting more difficult for Configuration of devices through a gateway. So, skilled system administrator is needed for this purpose.

Implementation: Oftenally, gateways on default are configured on the router itself. Network administrators are getting more difficulties for installing them.  Due to this, its cost can get higher.

Connection Droppage: There are getting more probability of failure happening at the gateway, so it can get drop the communication. Anyone devices are not capable to communicate until issues are sorted out.

Troubleshooting: Each computer has different protocol over the network which is connected with each other. If, any problem is occurred then every computer has needed to troubleshoot individually.

Other Drawbacks of Gateway Are: