Hi Guys! Today, we are going to cover about various advantages and disadvantages of iOS operating system; as well as many drawbacks and benefits of iOS with ease. At the end of this post, you will completly aware about pros and cons of iOS without getting any problem. 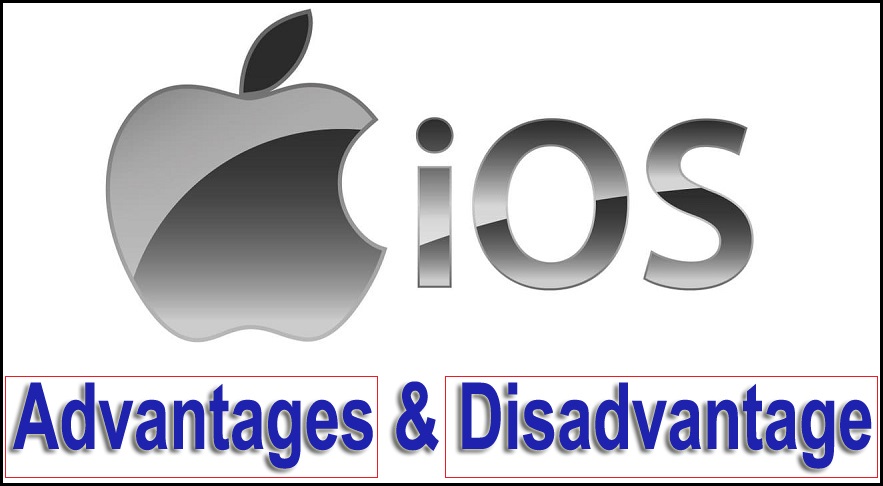 Today, it is the second most going to use mobile operating system after the Android OS. In 2019, iOS had earned revenue approximately $54 billion; and Android had generated $39 billion revenue as per the internet source. Apple’s users are mostly living in developed countries, and App Store has nearly 2 million apps

Here, we will guide you about various pros and cons of iOS operating system over Android OS; as well as limitations and benefits of iOS with ease.

Advantages of iOS over Android OS

In this section, we will get visualization about what are the advantages of iOS over Android OS? And other merits and benefits of iOS; below mentioned each one in detail, you can check them:

IOS devices allow you to make of using with easily and compatible. The iPhone make ensure that all apps and features perform toward were intended by Apple; as well as letting easiest user experience. The iOS devices are getting most consistent. Therefore, it doesn’t allow to major modification for its interface otherwise design as well, as they are introduced by the similar company.

IOS offers the simplest user-interface that assists their users to use device with ease. If, you are using any old device and you wish to swap to new device then it will not going to major change in its user-interface.

The iPhone generates less heat while using the efficient battery. Therefore, mostly users are going to prefer the operating system and its proprietary devices only; they are able to continue to play game without hindrance for longer time with producing less heat.

Great Use of Google Maps:

While using of Google maps, Apple users have good experience; but Android and other Operating System deal to many issues with Google maps.

IPhone users are getting sound experience for playing the games. All games are designed by top-notch companies, so these games must take the approval to Apple’s app teams. Only those games are allowed by them, which have not any code issues and capable to run smoothly on the device.

Approximately, Apple and Google are getting the same number of app present. As per the source websites, Apple has near about 1.2 million applications are available in the App Store at time of release. And Google just has nearly 1.24 million apps. Likewise, Microsoft provides the almost 161000 applications accessible into Windows Store. Therefore, all apps enhance the user experience; then user may use as freely applications such as Facebook, Youtube or other premium apps such as monopoly and Minecraft.

The App Store has a lot of apps that allow you to help in running your business, user can keep store any important files on your iOS device to be edited/ viewed by using the Office365 app.

IOS devices allow you to sufficient storage capacity to keep store your media files like as images, animated gifs, videos, and vines. For example, iPhone 11 Pro offers the storage 64GB, 256GB and 512GB that is enough for keeping any types of media files; as well as user are capable to get more space by utilizing the iCloud service.

IOS doesn’t annoy their consumers being with bloatware. Each gadget enabled with elegant map, email client, calendar, and other valuable tools. Whenever, you don’t like any preloaded apps, then you are capable to instantly remove them to free up storage space on your device. Unlike, Samsung and other Android devices are available with built-in some cloned apps.

IOS devices are getting the great overall performance. When user are playing the games otherwise using other apps, then your device will not going to hang up. Modern iOS versions are getting great performance is improving.

The iOS devices can be considered as more safe and stable. This operating system is getting barely of security breaches because App Store has strict approval process only apps with sound security are approved. Therefore, there are rarely chances for getting any virus or malicious code inserted. As well as, user can also protect own devices by using the face detection otherwise using the fingerprint sensor.

The jailbreaking is such concepts where users have permission to get install any apps on your device without getting any authorizing apps from Apple app store. By using the jailbreaking process, users are capable to get customization your iOS device.

The SIRI is a virtual assistant software of iOS operation system; and it has been increased the significantly. SIRI is going to able solve many daily tasks along with virtual support, and it is 45% faster as well as most accurate.

Elaboration with Hardware and Software:

Apple is the one of some largest organizations that allows their designs being its devices along with hardware and software. Google acts this via its Nexus line of the products, but instead of Google makes the hardware for all other smartphones those are running along with Android. Thus, to make all the hardware, which run its Windows phone software, as well as Microsoft partners being other firms.

Everyone accept that iPhone offers the excellent camera quality; and nobody can’t deny it. IPhone camera’s megapixels are just numbers because it is going to exceed your expectations for the specified megapixel. In the way of enhancement, other devices mostly saturate the colour, when iPhone shows your picture as real as possible.

The iOS also allows to support tons of gestures like as, users are able to get shake with your device to undo the things them did recently.

IOS allows you to option for choosing any language on your phone. Therefore, your devices are able to support multiple languages nearly 21 languages like as Chinese, Spanish, English, Hindi, and etc.

The iOS also allows user to get synchronization along with many devices instantly, easily and conveniently by using some services like as iTunes, iTouch, and iCloud serve.

IOS also allows to make communication with ease like as to connect your iOS device with AirPlay, Apple TV and HDTV.

The iOS operating system is a multitasking OS, where users are able to listen any song and suffer the internet without having the trouble of apps crashing or bug errors.

Disadvantages of iOS over Android OS

In this section, we are going to explore about all drawbacks and limitations of iOS over Android OS; below shown each one, you can read them:

It is not possible to get customization on iOS devices; with changing your wallpaper is the better thing you can really do. Users are capable to change everything on Android device that means logo of app, name of app, folder logo, and if you are going to use a file system.

IOS device always contains the same icons at the home page as well as these icons have similar design as compare to previous version. Whenever, you will get upgrade the iOS then its home screen looks the same to new version.

The iOS devices are going to simplest as look wise and you are unable to use as your computer system. When, you will try to compare it along with Android device, and then you are capable to execute your computer work in devices as well.

It is also getting more hassle to download any file from the internet to the iOS device. As well as, file sharing is also most significant problem. Whereas, it is most easy task for Android device, Therefore, iPad and iPhone users have getting more difficult to transfer files along with others.

The App store’s apps are pricier; as well as not getting any widget support for those applications. But, as compare apps along with Android, then mostly Android apps are free-of-cost to use.

In the Google Play Store, several launchers are available whose aim is to get replace the default appearance displayed by the different version of Android along with a most attractive one with more ‘On-Demand’ features and option for their user. As well as, you are also capable to select from several widget to configure as you wish.

The iOS is not a open-source operating system, then you are unable to alter it otherwise use it on devices other than Apple’s. But, Android allows to alter easily for any mobile business like as Samsung, Huawei, or HTC. Android device allows to get install 3th-party app from any source, official site. But, Apple devices are most restricted for using only apps from the App Store.

Difficult to Get App Approval:

It is going to more difficult to get approval for the application, because developer would be waiting for a minimum 7 days for getting approval and most of time this approval can be get cancel.

The iOS is getting to support only applications, which are designed specifically for the platform and doesn’t support any external widget to increase their features; as well as several restrictions; apps made for the iOS have to fulfill various specifications that naturally raise its development price making them costly for end buyer.

IOS devices (iPhone and iPad) don’t offer SD card functionality. Whenever, you wish to get scale your storage capacity then you have to need purchase the new one storage device.

It is most limited built-in battery capacity for iPhone and iPad, and we don’t find Apple chargers very much. When, you run out of battery and it gets even tougher to use this phone without using any common charger. The main demerit, we see on iPhone is their charger that is not usually like more than 85% of world’s phone have.

Whenever, your iOS device gets any hardware or software damage then it will be more expensive to repair it. The main reason behind of this, that just some repair shops are available in market for iOS devices.

IOS only allows you to get support one mobile SIM. Whenever, you have to need more than one SIM then it you would be replaced SIM again to again.

Most of iOS applications are getting higher file size then consume higher space into device; as well as mostly game apps are downloaded size in GB.

The iOS doesn’t support NFC and radio because NFC offers make communication in between nearby devices but it is not getting to support by iOS devices. If uses wish to listen to the radio then you have to need get download radio apps and radio is not built-in in OS devices. Whereas, on Android allows you this feature on your devices.

IOS devices’ user-interface is most addictive to use. When, you are going to use any iOS device such as iPhone, iPad, iWatch; then you are unable to move to other devices because its look and feel of these devices is very additive.

By default, the iOS devices have own ring tunes; therefore it is not easy task to change these ring tunes with your own. But, it can be changed ring tunes by using any other alternative tricks.

Now, i can hope that you have been fully learnt about many advantages and disadvantages of iOS operating System; as well as many drawbacks and benefits of iOS with ease. If this post is useful for you, then please share it along with your friends, family members or relatives over social media platforms like as Facebook, Instagram, Linked In, Twitter, and more.