Android operating system is a Linux based mobile operating system that was designed by Google to be main objective is to use for touch screen devices, smart phones, PDA, and tablets. The Android is introduced by a partnership of developers named as the Open Handset Alliance and commercially sponsored by Google. But it was shutdown in November 2007, then the first commercial Android device the HTC dream, released in September, 2008. 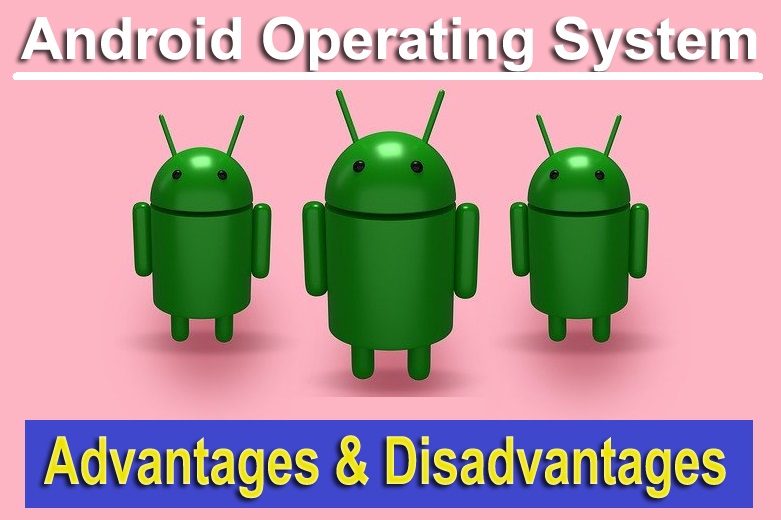 Android OS is a freely and open-source program; and its source code is Android Open Source Project (AOSP), firstly licensed under the Apache License. Android OS is a most powerful operating system that gets support a enlarge number of applications on smart phones; and these apps are much more comfortable and advanced for consumers. Android software’s hardware is going to support totally based on ARM architecture platform; as well as it is supportable the completely java programming language.

Here, we are going to cover all advantages and benefits of Android operating system version 9, 10, 11, and the latest one Android 12; below shown each one in detail:

Users are able to get own app out at the Android market, therefore they don’t have to need pay biggest fees for its development. Whereas, the application environment are free of cost and you can keep save much more money and there is not restriction that means if user wish to make more than one app, then he/she can perform that without any hassle.

Android operating system is going to buy as affordable price, so mostly persons always love to purchase the Android phone cause of its less price. As compare of Android phone, the Windows and iOS phone are costly.

Android operating system is an open source platform as licensed by Apache. Hence, it allows anyone to make applications and get contribute to enhancing their offer in Android universe. App developers are able to build up applications for this platform and can get access to the core codes, as well as at a liberty to change them to get customized outcomes. Whereas, iOS has restriction to the core code specification while making apps for the certain platform.

As you know that Android is a Google product, so most of users have the Gmail account that allow to get access to cloud storage, which are getting to support by Google. Therefore, it lets users to get sync devices by using the Google account; as well as Google provides the 15 GB free cloud storage for each user that is enough for an average user for its personal objective.

Android operating system provides the great freedom for Android developer to design all types of apps without any limitation and restriction; as well as without asking any permission to someone else, because it doesn’t depend upon to other operators or manufactures to use system improvement.

While using the iOS apps, you have to need use the App Store; but with Android apps, you don’t have to require any of that. Just, you have to publish it where you want. There’s no ‘Empire’ looking over your shoulder; so over the internet many third-party stores are available, and you are able to publish your app over there with ease.

Android OS is getting to support by enlarge community of developers and users who are firing personal feedback about the features, their benefits and drawbacks. Hence, there also regularly check on the codes and features, and going to get modification and alteration, receiving in best upgrades each times. Therefore, Android is going to try always adding new features; as well as erasing the older features, which users don’t prefer.

Google is going to hard work to make Android’s user interface as customizable and flexible as possible. It also allows to many customizable widgets, which can be used anywhere in user interface; as well as they provide the shortcuts and updates to a enormous services like as calendar, email, messages and etc.

Already mentioned that Android has a large numbers of manufactures, and it is also available in most commercial brands, and users that make it the most usable system. Hence, we should be added the versatility devices in which you are able to search this operating system like as tablets, mobile phones, smart watches, GPS devices, PCs, as well as other modern generation devices that have this concept required to connect.

Get Supporting The 3rd Party Widget:

Android offers users the great freedom to get download third-party widget as well as show their content on home page. Whenever, user wants to view time and temperature displayed by the certain widget on the home screen then it is possible along with devices running on the platform.

While running the Android OS on the device along with good hardware specification; users are able to run multiple apps simultaneously. For example, you are getting to listen songs while checking your messages otherwise downloads files.

Another most remarkable fact of Android OS is that allows making freedom of creation and communication in between their developer, encouraging and increasing feedback in between the creators over the worldwide. Therefore, it has enlarge community over the world that is always in constant movement and permanently making all types of forums, collective events, and meeting of all types as well.

The biggest benefit of using devices on which running the Android OS that it get support to scalable memory. Whereas iOS devices are not getting to support external memory expansion by attaching the memory card to the device. Therefore, Android’s users take enjoy the privilege of keeping to store e-books, videos, games, and music on devices.

Android operating system has a lot of widgets; and these widgets are going to make much better user experience and assists in making multitasking. Therefore, users are able to add any widget as the based on feature, he wish on your home screen. It also lets you to view all alerts, messages, etc. without opening the specific application.

Android apps are getting to process most of time at the background and then consumes to more battery resource. It is more difficult to stop these apps as the majority of them are systems. If you want to keep save the battery consumption then you have to need download the series of external apps, and to optimize the normal operation of your device, otherwise it could be happened in excessive data consumption.

Getting Slow Down with Low Specification Devices:

Android OS is huge as well as occupying the large amount of space. Cause of this, Android devices are getting slow speed with low hardware specification. Beyond of this, by default many other apps are pre-installed that also getting degrades the speed of smartphone operations. It is also no scope of getting download the external apps and generating the more heat also.

There is a normally impression among of the users that this OS is much more complex compare to the rest for inexperienced consumers, so it is little bit complicated to configure, as well as being not intuitive as general terms. Therefore, to boost up the condition of the device, at the minimum of skill should be had, that also entail in some scenario that inexperienced consumers can loss few elements of the system, whenever going to try to get changes.

As compare to other operating system, Android OS doesn’t get update support that lets us to grab the recently version of the equipment for us use and joyful.

By default, Android operating system doesn’t offer the virus protection like as Apple device; therefore users have to need download any anti-virus program to get protection the device from any major virus. Thousands of apps are available into Google Play Store, which might be containing the viruses that will most affect the devices and their operations as well.

Most of apps are freely present at the Google Play Store, so these apps are going to start displaying the many advertisements in the notification bar as well as over the application. This advertisement is getting more annoy and may be create the big problem while managing the Android device.

Android is going to support the outer storage memory, but cause of less internal system storage; it is getting more hassle for an Android consumer to get download very heavy weighted applications or work online with being game like apps.

A lot of applications are going to process most of time at the background then it can be lead to many data connection issues.

Most of applications throughout the app store are getting less quality and specific app try to make money by displaying the advertisement and having little bit need for users. If anyone app has not been upgraded for many years that will get effect people who are trying to get updating their software.

Not Valuable to Aged Users:

Old users are getting to annoy a hard time utilizing the Android smartphone, cause of the sophisticated touch displays.

This is also main drawback of the Android OS, if you are using the old version devices then you are unable to get updating your device to a newer version. There are most of devices, which are getting to access in the market being older Android version. If you wish to take enjoy along with latest version of Android; then you much are purchase the new flagship of Android device.

As you know very well that Android is a Google product, so you have to need the Google account to get access to Play Store and also getting sync devices of other Google users.

Tons of applications are available on the Play Store along with low quality and worst user experience as fulfil the objective to earn huge money via displaying ads. You might be also come across many apps that have not been updated since years that end up affecting the updated OS.

Whenever, Google is going to detect few problems along with your software then it would be very permissive and may be getting cancel your developer profile

Through this Article, you have been completely learnt about many advantages and disadvantages of Android operating system; involving with drawbacks and benefits of Android OS with ease. If this post is helpful for you, then please share it along with your friends, family members or relatives over social media platforms like as Facebook, Instagram, Linked In, Twitter, and more.