What is UNIX OS?

Definition: Unix, trademarked as UNIX. UNIX is a multitasking, multiuser operating system for servers, desktops and laptops that are developed for flexibility and adaptability. UNIX operating system is firstly designed by Ken Thompson, Dennis Ritchie at AT&T Bell laboratories in 1970. UNIX system have a file system that is containing is a hierarchical structure of files and directories where user are able to keep store and access information with helping of files. 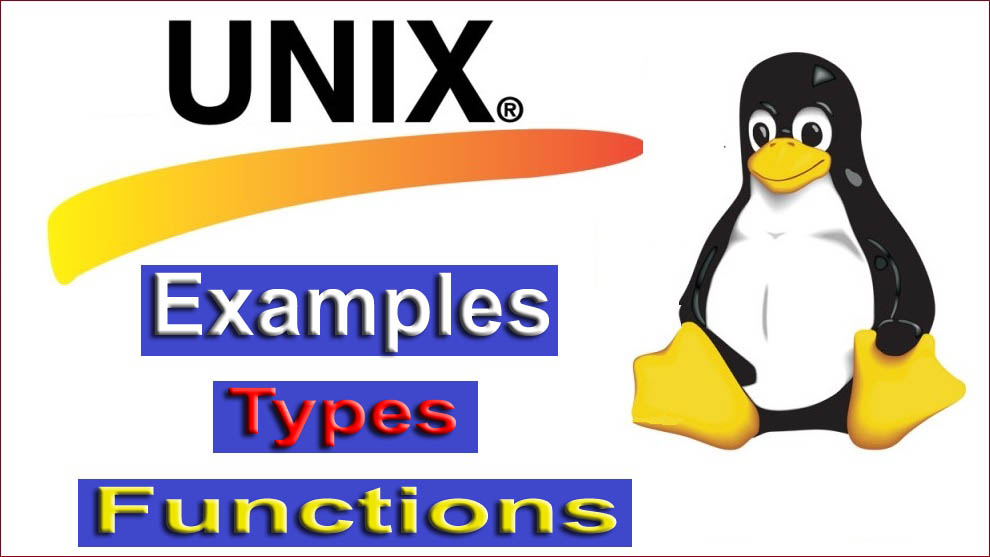 Multiple people are able to use UNIX system at a same time, it is known as multiuser systems.

One user can also execute many programs at the same time, because UNIX offers a multitasking environment.

UNIX OS also contains a graphical user interface (GUI) like as Microsoft Windows that offers a user-friendly interface. Whenever, knowledge of UNIX is needed for operations which are not accepted by a graphical interface, otherwise when there is no Windows interface present, for instance telnet session.

There are freely available source codes of UNIX construct it easier to modify the code by vendors as per their needs. It produced result in bunch in the UNIX source code and provides birth of many UNIX flavors. So, it is getting many hassles to determine exactly how many Unix derived operating systems present, the number of Unix kinds could be bin in hundred. But we will let get into top ten UNIX OS both (active and discontinued) that introduced their own impact on evaluation of ever-green UNIX.

Solaris is a variant of UNIX operating system that is developed by Sun Microsystems and root on BDS and AT&T System V operating systems. Sun Microsystems’s earlier operating system was called the SunOS. The first version of SunOS linking BSD a root was introduced in, 1982. The Sun launched the scalable processor architecture (SPARC) chip that allowed making powerful, reliable, robust, dependable and less cost computers. This OS was called the SunOS until version 3.x then after passing 4.0; it replaced SunOS along with Solaris. Sun launched Solaris 2.4, supporting both SPARC and x86 systems from a unified source code base. Open Solaris project is introduced by Sun Microsystems, discontinued after getting to acquisition by Oracle.

There are top 10 examples of UNIX OS, few people say UNIX examples of its different kinds of UNIX operating system; below explain each one, you can read them:

Darwin is also another kind of UNIX operating system linked on NeXTSTEP, BSD, Mach, and other open-source projects. It was developed by Apple, 2000. The Darwin kernel is known as XNU that is hybrid kernel derived on OSFMK 7.8 (Mach). Apple and Internet Systems Consortium started a community, in 2002 that leads operating system named OpenDarwin but it didn’t survive as it was get down in 2006 because OpenDarwin is helpful only to Mac projects.

HP-UX stands for Hewlett Packard Unix. HP-UX is a one of first operating system that is derived on UNIX System V release 4 introduced, in 1984. HP-UX was originally designed for HP’s proprietary integral PC and then created to work on 9000 series business servers. It launched access control lists for its file access permissions and was called for its flexible memory and security management. HP-UX is trait along with variety of tools for use in enterprises.

FreeBSD is a free open source operating system that is defined by original Berkeley Software Distribution (BSD). FreeBSD keeps a feature complete operating system along with full-fledged kernel, device drivers, utilities, and documentation. This operating system was developed to 80386 processors by engineers Lynne Jolitz and William Jolitz; known it with name 386BSD. A group of 386BSD users made a new branch and called it with FreeBSD. It was first officially FreeBSD’s version was introduced in November 1993. FreeBSD is strongly rumored to be most contributor to the development of Apple OS. FreeBSD is a general purpose OS that is used for both cases like as desktop and server environments.

NetBSD is also an open source operating system that is based on legacy 4.4BSD and 386BSD code base. Its main goal is to serve as highly portable operating system. This OS spits its device drivers into machine dependent and machine independent components with helping of custom hardware abstraction layer to invisible the H/W access details. NetBSD is getting applications in mobile devices, embedded system, desktop computers and large scale server systems. This OS is supportable with Symmetric multiprocessing from its release 2.0 in year 2004. It also offers code clarity, portability, and careful design features.

The Xenix operating system was governed by Microsoft license in late 1970s. That was time, UNIX was getting more popularity then Microsoft was taken to buy a license from At&T. It might be shocked to few people to aware that Microsoft once owned UNIX rights. Microsoft was not aggreed for selling Xenix directly to clients instead of licensed to organization such as IBM, SCO, and Intel etc.

This operating system was not most viable as product and after the break up with AT&T. Microsoft later transferred the UNIX right to SCO who introduced Xenix along with new brand named as SCO UNIX. But, SCO had no good luck for this product and then Xenix was unable to sustain after its last version V.2.3.4, released in 1991.

SGI was introduced by IRIX operating system to work natively on their MIPS workstations and servers, but at that time it is discontinued. It is based on UNIX System V with enabling BSD extensions. The IRIX 6.0 was having many issues with UNIX System V Release 4, UNIX 95 and POSIX. IRIX was realised the XFS file system that is one of first getting GUI (Graphic User Interface). It was getting most eminent in animation and scientific visualization community, but it was discontinued in 1998. Rackable System gets cross over Silicon Graphics resulting in the discontinued of MIPS derived SGI products cause to focus transfer to x86 processors.

TRU64 UNIX is a discontinued UNIX that is introduced by Digital Equipment Corporation and linked on the Alpha Instruction Set architecture (ISA). TRU76 is derived on OSF/1 OS designed by Open Software Foundation (OSF) to complete UNIX System V release. But, now HP (Hewlett-Packard) gets own TRU64, and it has several abilities like as AdvFS, TruCluster, and LSM to HP’s flagship UNZIX product HP-UX. HP was discontinued its support of TRU64, in December 2012.

Apple developed and keeps maintain a commercial version of Unix-based OS, that is getting more popularity with named as macOS. It is a rebranded version of Mac OS X operating system. macOS is deeply based out on NeXT and Darwin operating system. Firstly, macOS was able to support on PowerPC based machines. But, later in year 2006, they have started to run along with Intel too. Apple offers an integrated development environment known as Xcode that serves the interfaces to many supported compilers. Then Apple introduced the latest macOS’s version known High Sierra in 2017. It has various modernized enhancements like as Apple File System, desktop Tabs, universal clipboard, Picture in Picture, Siri, Apple pay, and so on.

There are several functions of UNIX operating system; below shown all, you can check them:

Memory Management: It allows to swipe of pages in memory.

Process Management: It also performs many scheduling of process like as LIFO & FIFO scheduling algorithm.

Optimization: It lets to optimize the all activities of effective utilization of resources.

Handling Interrupt: It is able to manage all signals due to hardware like as when few process demands an input device so it provides an interrupt.

Keep File System: It lets to maintain files by deleting all junk files.

What is UNIX stands for?

Where is UNIX used?

UNIX operating system is mostly used on web servers, mainframes, and supercomputers. But last few years, it also is using on smartphones, tablets, and personal computers.

What are the different types of UNIX?

UNIX has lots of varieties but now these days top most 10 types of UNIX operating system are using, and these 10 types already discussed; you can read them.

What is UNIX an example of multi user operating system?

Yes! UNIX operating system allows multiple people to use it at a same time, so it is called the multi user OS.

What is an example of a UNIX system?

Currently a UNIX system has many examples like as macOS, Solaris, AIX, and so on.